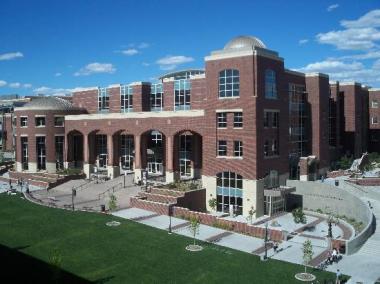 RENO, NV - Balfour Beatty Campus Solutions, LLC, a leading developer and operator of infrastructure projects for the college and university market, announced today that it has reached financial close on a new graduate and family student housing project at the University of Nevada, Reno. Balfour Beatty and its partners will design, build and finance the approximately $22 million development, which has already commenced with demolition activity and is expected to open in August 2014. The project is being designed by BLT Architects and will be built by Balfour Beatty Construction.

The development, located on Evans Avenue on the east of campus, will include 132 one- and two-bedroom units targeted at the University’s graduate students and graduate students with families. The new facilities will consist of six, three-story buildings totaling 133,000 square feet and a separate community center that will house offices and common space for resident use. University Village, which was built in 1960, consisted of 40 one-bedroom units and was the only graduate housing on the University of Nevada, Reno campus, has been demolished to make way for the new development.

Structured as a Public-Private Partnership, Balfour Beatty Campus Solutions will finance and own the complex through a 42-year ground lease from the University. The University is expected to operate and manage the facilities through their Residential Life, Housing and Food Services group.

“We are very pleased to have the opportunity to work with the University of Nevada, Reno on this exciting project,” said Bob Shepko, President of Balfour Beatty Campus Solutions. “This Public-Private Partnership will allow the University to greatly enhance and expand the on-campus housing options for their growing graduate student population while incurring no debt.”

“Our graduate students and graduate students with families have really been wanting more modern and appropriate housing,” Shannon Ellis, student services vice president, said. “We are very happy to have reached this win-win agreement with Balfour Beatty Campus Solutions and are grateful for the Regents’ approval of the ground lease.”

The University of Nevada, Reno is governed by the Nevada System of Higher Education Board of Regents, which approved the terms of the graduate student and family housing project at their Oct. 25 meeting in Las Vegas.