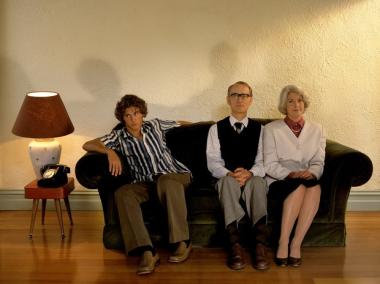 ST. PAUL, MN - The number of young adults living with their parents is at its highest level in more than 40 years. According to a Pew Research Center analysis of census data, 36 percent or 21.6 million of young adults age 18 to 31 live “at home.”

Many factors contribute to this surge – high college costs, large unpaid student loans, unemployment, underemployment. Others live with Mom and/or Dad because they like it or because it’s a way to cut living expenses and save money to buy their own homes.

Which begs the question: Do they compensate their parents for their room and board?

How much do they pay?  A survey of 700 young adults living with their parents responded to a survey conducted by Securian Financial Group in August and September. They were given a list of options for compensating parents for room and board. When asked to select all that apply, the large majority (82 percent) said they help with household chores and nearly half (49 percent) said they contribute to household expenses. Only 10 percent pay rent.

Do they think it’s enough?  “Most of these young adults are in the dark about the effect they have on their parents’ finances,” said Michelle Hall, market research manager, Securian Financial Group. “Nearly 45 percent say their living at home has no financial impact. Yet elsewhere in the survey, nearly half (44 percent) of those same people said they are unsure of the impact. They simply do not know how living at home affects their parents financially.”

Delayed retirement?  A small number (four percent) say their parents delayed retirement to help cover the cost of their children living at home. It is possible this percentage is higher. So many of the respondents indicated a lack of knowledge about their parents’ finances that a significant portion may not have selected this option because they don’t know it’s happening.

What conditions do parents set?  Americans are notoriously tight-lipped about their personal finances. Some do not divulge their incomes, net worth or debt to anyone – not even their financial advisors or their grown children. Securian’s survey shows that parents not only keep their adult children living at home in the dark about their finances, few parents make financial demands on them:

Eight percent say their parents ask for no compensation of any kind.

Only nine percent say their parents set a deadline for moving out or conditions for how long they may stay.

What if the tables were turned?  When asked whether they would return the favor and house their parents if they were unable to live in their own homes, nearly 70 percent of the young adults in our survey answered with an unequivocal YES. Another fifth (21 percent) also said yes, though they would explore other options first.