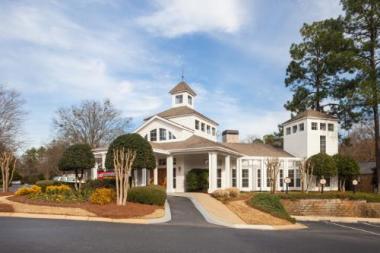 ATLANTA, GA - The RADCO Companies, one of the nation's leading real estate turnaround specialists, is continuing its strategy of acquiring distressed multifamily properties with its purchase of The Park at Briarcliff. Now rebranded Ashford Druid Hills, the 982-unit apartment community, acquired by RADCO for $39.6M, is the firm's 22nd residential purchase in less than two years. The announcement was made by the company's founder and CEO, Norman J. Radow.

"We are intimately familiar with the Atlanta marketplace and have invested a significant amount of capital into the community," said Mr. Radow. "In fact, this marks our 17th deal in the Atlanta metropolitan area, our sixth deal in the I-85 Corridor and our third transaction in Dekalb County, which is enjoying an improving job market and has seen rental rates soar 8.6% for apartments like those of Ashford Druid Hills. The fact that it is surrounded by Emory University, the CDC, the expanding Egleston Children's Hospital, and is in town and right off the interstate, makes this acquisition the very best located distressed property in this cycle."

"The story behind this property is entirely unique," added Mr. Radow. "DeKalb County had originally issued development bonds that were credit enhanced by Fannie Mae. In 2007, the property was foreclosed on by DeKalb County after the borrower defaulted on the bonds, which led Fannie Mae to subsequently foreclose on DeKalb County in May of 2010. The government actually foreclosed on the government! That's why The Park at Briarcliff is the quintessential distressed property. That coupled with its A plus location, makes this acquisition a huge opportunity for us."

The complex is comprised of 48 all brick architecturally significant buildings with 982 one, two and three bedroom floor plans as well as townhome residences that are spread across 74 sprawling acres. Community amenities include two swimming pools, a fitness center and two tennis courts as well as a lake, jogging trail, children's playground and a dog park. RADCO plans to invest an additional $10 million to renovate and improve the property, amenities and the apartments.

The Park at Briarcliff acquisition increases RADCO's current multifamily portfolio to over 5,500 units. RADCO has financed the purchase through a mixture of bridge debt and private equity. To date, RADCO has raised $80 million of private equity to fund its acquisitions.

The Atlanta Metro market has seen significant improvement since the economic downturn, with a whopping 12,900 new jobs created in April 2013 and another 15,945 in July. Meanwhile, North Druid Hills is at the epicenter of this growth and job creation. Its neighboring high-rise Bell Tower was recently acquired by the expanding Egleston Children's Hospital; a nearby executive park is being demolished for high-density development, and there is a major ongoing construction project underway to widen the intersection of Briarcliff Road and North Druid Hills Road, with a scheduled date of completion of Q1 2014.

RADCO's mission is "Building Better Living." The national real estate development company was founded in 1994, and is based in Atlanta, Georgia.