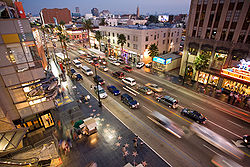 The building, designed by Architects Orange and built by Wood Partners, will house 143 one-bedroom units, 96 two-bedrooms and seven three-bedroom apartments. Luxury finishes will include granite countertops, wood laminate flooring, and full-size washers and dryers. Residents will have access to a high-end resort-style pool deck and outdoor areas, a fitness center, spa, business center and internet café. The five- to six-story building will wrap around a five-story parking garage.

“With this building, we’re providing a higher standard of living than currently exists in the older apartment communities in the area,” said Brian Hansen, Wood Partners’ Southern California regional director. “There are several hundred thousand jobs within a five-mile radius, and we’re providing an affordable living option, but with a luxury experience and high quality finishes, in an undersupplied market.”

Alta South Bay will be close to Herbalife corporate headquarters and the U.S. headquarters for Toyota, Honda and Porsche as well as the Port of Los Angeles and Port of Long Beach, which are currently undergoing major expansions. Nearby Kaiser Hospital, Torrance Memorial Medical Center and UCLA Harbor Medical Center are also undergoing major expansions that will bring more jobs to the area. The South Bay Pavilion, Del Amo Shopping Mall and Boulevards at South Bay, a new retail lifestyle center that’s currently under construction, are a mile away.

Alta South Bay is Wood Partners’ the fourth multifamily project in Los Angeles County. This month the company is opening a $75 million Warner Park luxury apartment community with 298 units. Next summer it plans to finish a luxury, glass high-rise apartment project in downtown Los Angeles with 290-units in the South Park district at 801 S. Hope St. In 2010 it built and later sold its first LA project, a 218-unit apartment community near Hollywood & Highland Center.

“The Western regional team of Wood Partners has spent the past few years building its business with key partners in an effort to position itself as one of the nation’s strongest developers coming out of the recession,” said Western Region Director Frank Middleton. “With more than a dozen new projects from San Diego to Seattle, we are clearly at the forefront of active developers on the West Coast.”