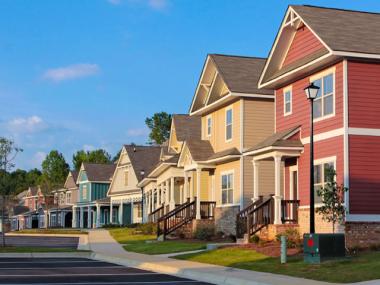 MEMPHIS, TN - EdR, one of the nation’s largest developers, owners and managers of collegiate housing, released an investor presentation and update to its fall 2013 pre-leasing statistics on Form 8-K in connection with upcoming investor meetings. The presentation also includes data on university enrollment trends for schools served by EdR and other student housing industry statistics.

“EdR’s leasing momentum has strengthened since our last leasing update,” said Randy Churchey, EdR’s president and chief executive officer. “Pre-leasing occupancy levels have increased and rate growth is stable. Our 2013 earnings guidance released in February 2013 anticipated a 3% to 5% same-community revenue increase for the fall 2013 leasing season. Given that all residents have moved in for the fall semester except for at one later-starting university, we are confident and pleased that the current combined same-community occupancy and rate growth reflect the upper end of that revenue range.”

EdR (NYSE:EDR) is one of America’s largest owners, developers and managers of collegiate housing. EdR is a self-administered and self-managed real estate investment trust that owns or manages 70 communities in 24 states with more than 39,000 beds within more than 13,000 units.