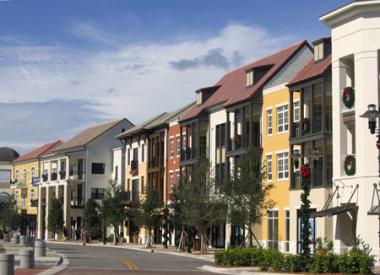 SAN FRANCISCO, CA - Trulia, Inc., a leading online marketplace for home buyers, sellers, renters, and real estate professionals, released the latest findings from the Trulia Price Monitor and the Trulia Rent Monitor. These indices are the earliest leading indicators available of trends in home prices and rents. Based on for-sale homes and rentals listed on Trulia, the monitors take into account changes in the mix of listed homes and reflect trends in prices and rents for similar homes in similar neighborhoods through August 31, 2013.

Despite Recent Price Gains, Construction Lags in Las Vegas and Sacramento
A full housing recovery requires rebounds in both prices and new construction. Rebounding prices normalize the housing market by lifting homeowners back above water and encouraging them to sell. Meanwhile, construction activity signals that a housing market is no longer flooded with empty homes. Despite the fact asking home prices are up 11.0 percent Y-o-Y, construction activity still isn’t back to its normal level yet: construction permits in 2013 are around just 60-70 percent the average levels seen between 1990 and 2012. Among housing markets where asking home prices rose more than 20 percent Y-o-Y, construction was less than half the normal level in Las Vegas, Sacramento, Riverside-San Bernardino, Warren-Troy-Farmington Hills, and Detroit. Only Orange County and San Jose were at or above normal construction levels.

Apartment Rents Rising Faster Than Single-Family Home Rents
Rents rose 3.5 percent Y-o-Y nationally, jumping 3.9 percent on apartment units and only 1.6 percent on single-family homes. Among the 25 largest U.S. rental markets, rents increased the most in Seattle, Portland, and Miami, while declining slightly in Philadelphia, Washington, and Sacramento. Looking at single-family homes only, rents fell Y-o-Y in 6 of the 25 largest rental markets, including investor favorites such as Las Vegas, Phoenix, and Atlanta.

“The rate spike since early May has raised the cost of a mortgage by more than 10 percent, but rising rates aren’t the whole story behind the price slowdown,” said Jed Kolko, Trulia’s Chief Economist. “Expanding inventory and declining investor interest have helped cool prices, too. At the same time, mortgage credit has finally started to expand, and the economy continues to strengthen – both of which boost housing demand and offset some of the dampening effect of rising rates.”

“Investors and builders have bet on different local markets,” said Jed Kolko, Trulia’s Chief Economist. “Investors have bought in the boom-and-bust metros, helping push prices up more than 20 percent year-over-year in Las Vegas, Sacramento, and Detroit. Builders, however, are betting on markets that avoided the worst of the crash, like Boston, much of Texas, and the expensive California coast, where job growth is strong and few homes are vacant.”