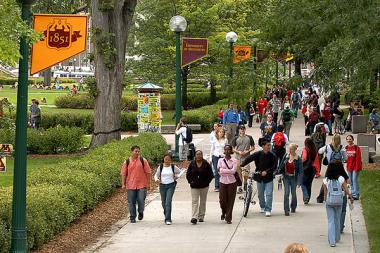 NEW ORLEANS, LA - Business, like life, is full of surprises. Sometimes those surprises are good, like finding a $20 bill in the pocket of a pair of pants; other times, they’re anything but. Most seasoned student housing managers have encountered their share of both. But the mark of a truly exceptional manager is the ability to roll with the punches, adapting quickly to any situation—from minor inconveniences to absolute nightmares.  Here’s a look at three student housing horror stories and the strategies quick-thinking managers put in place to deal with the issues.

Challenge No. 1: The Missing Contractor
The Louisiana-based property staff for Campus Apartments had selected one painting contractor to handle the turnover of units at a local community. However, when students moved out, the contractor never showed. It had found a bigger, more lucrative job, sending the property managers scrambling for a new painter. Eventually, they secured a replacement, but it was 48 hours after student turnover began, which meant some rooms were still being painted when the new residents arrived.

To prepare the incoming students of the situation, Campus Apartments started a mini public relations campaign, explaining what happened and asking for the students’ and parents’ patience. It alerted the university, called as many students and parents as possible and sent out broadcast emails with the relevant information. On site, the company gave out free water and massages for parents and residents and had other giveaways from local contractors and vendors.

Challenge No. 2: The Parking Crunch
Typical zoning ordinances and regulations call for a parking ratio of about one parking space per rental housing unit. However, these restrictions can be problematic for student housing properties, where a single unit might have four beds filled by four car owners. This was the case for one multifamily developer that designed a student housing project at a suburban Arizona campus; it planned for parking for 1.5 cars per unit, but in the end, the property had just 250 parking spaces for 700 beds.

When the students arrived, most of them were unaware of the parking constraints and brought their cars, forcing the property manager to secure satellite parking spots within 30 days. The developer had to pay for those extra spots, a shuttle service and parking security staff. The property fell from fully leased to 65-percent leased in its second year, forcing the developer to pay an even larger sum of money for more land for parking.

“If they had done that [bought the land] at the outset, it would have been a totally different story,” Orth says.

Challenge No. 3: The Criminals Next Door
When Ambling Management Company took over a poor performing property in South Carolina, the company soon made an unfortunate discovery: The previous management team had been slacking on maintaining resident standards. Potential residents were asked to certify that they hadn’t committed any felonies, but the management team never followed through with background checks.

“We found 23 violent felons living amongst those students,” says Kimberly A. Barkwell, president of Ambling Management Company and Ambling Student Housing in Irmo, S.C. “We had people with charges for attempted murder, robbery, armed robbery, beating up a prison guard and drug dealing.”

To get the situation under control ASAP, Ambling brought in security guards and removed the renters who were dishonest on their applications. “We were able to turn it around,” Barkwell says. “We had hard-core policies in place and we didn’t give an inch on anything.”

To hear more student housing executives dish on management nightmares, check out the session, “Property Management Horror Stories and How to Avoid Them” at the 2013 NMHC Student Housing Conference and Exposition. This premier student housing event will be held Sept. 30-Oct. 2 at the Sheraton in New Orleans and is open to NMHC members and non-members alike. With no attendance restrictions in place, companies are encouraged to send multiple employees to participate in the one-of-a-kind event.