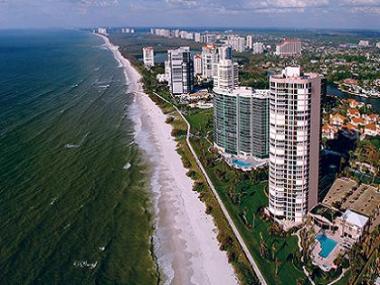 Statewide closed sales of existing single-family homes totaled 21,238 in July, up 20.9 percent compared to the year-ago figure, according to data from Florida Realtors Industry Data and Analysis department in partnership with local Realtor boards/associations. Closed sales typically occur 30 to 90 days after sales contracts are written.

Looking at Florida's year-to-year comparison for sales of townhouse-condos, a total of 9,430 units sold statewide last month, up 16.8 percent from July 2012. Meanwhile, pending sales for townhouse-condos last month increased 20.7 percent compared to the year-ago figure. The statewide median price for townhouse-condo properties was $128,000, up 21.9 percent over the previous year. NAR reported that the national median existing condo price in July 2013 was $209,600.

"Once again, the market is continuing its steady improvement. There are, however, some straws in the wind that would suggest that the inventory crunch may be easing," said Florida Realtors Chief Economist Dr. John Tuccillo. "Specifically, new listings have been up, year over year, for all of 2013. This suggests that sellers are more eager to place their homes on the market. In addition, the months' supply of inventory numbers have remained fairly static for the past three months, suggesting we may be reaching the bottom of the inventory decline."

According to Freddie Mac, the interest rate for a 30-year fixed-rate mortgage averaged 4.37 percent in July 2013, up from the 3.55 percent average recorded during the same month a year earlier.