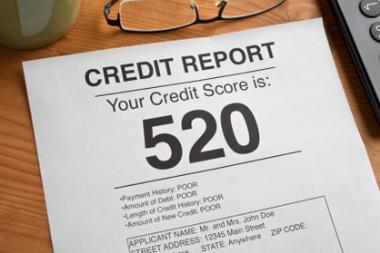 CHICAGO, IL - More than 70 percent of American apartment dwellers want their rent and monthly utility payments to count toward their credit history, according to a recent survey by WilliamPaid, an online rent payment service that provides renters a way to build credit history from paying their rent. The findings also show that one-third of survey respondents had been denied lines of credit within the past year, demonstrating that Americans need all the help that they can find.

A majority of apartment renters also want their rent and utility payments (such as gas, electricity and telephone services) to be a factor in determining their credit scores, according to the online survey of more than 1,000 people that was conducted on July 12 to 15, 2013.

"Consumers want more control when it comes to building their credit history, considering that rent and utilities make up a majority of their monthly expenses," said Jeff Golding, WilliamPaid CEO. "This survey reaffirms that Americans want credit for making timely payments, not unlike the credit that they receive for paying their credit card bills on time."

To address the more than 50 million "credit-invisible consumers" nationwide who have no credit history, Congress is considering an amendment to the Fair Credit Reporting Act called The Credit Access and Inclusion Act. This Act calls for people to be able to build credit history from their most frequent and important expenses, such as utilities, through reporting these payments to credit bureaus.

"Many consumers feel that building credit history is an uphill battle, but this approach gives renters credit for managing the payments for the place they call home," said Brannan Johnston, vice president and managing director, Experian RentBureau.

Nearly half of the survey respondents who have an average monthly rent payment of $1,033 said that they plan on continuing to rent. Some 56 percent of respondents are renting an apartment with a plan to someday own a home, with a whole 43 percent planning to continue renting. Additionally, over 100 million people pay rent each month, and Golding said that these millions of Americans are spending billions of dollars and deserve credit for the payments.

One question struck a particularly resonating chord with respondents surrounding the age at which parents should stop paying their kids' rent: a whole 42 percent said that parents should cut the financial cord between the ages of 18 to 20, with 33 percent saying that they would raise it to age 22.

"More than one-third of respondents who are in their late 20s to early 30s have no or poor credit history but are still spending large amounts of money every month that isn't helping them to build toward a better future," added Golding. "For the average age of the renters in the survey, that is an alarmingly high rate of rejection for credit. It shouldn't be the status quo that people have to build debt in order to build credit."