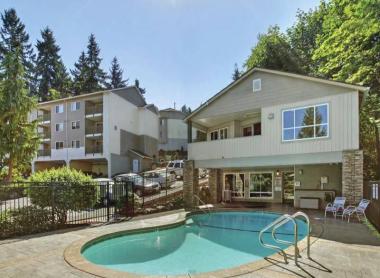 "This community fits with all aspects of our value-add strategy, including location. It is two miles from Microsoft's world headquarters and one mile from downtown," said Ken Gladstein, the fund's Co-Chief Investment Officer. "Redmond is one of the most sought-after submarkets in the Puget Sound region due to its high-tech employment base and thriving city center."

Built in 1981, the property is comprised entirely of two-bedroom, two-bath apartments in eight three-story buildings. Each apartment is 1,004 square feet and includes a washer and dryer. Amenities include a pool, spa, fitness center, media room and business center.

Gladstein said capital improvement efforts by prior owners were inconsistent. "Now with improving economic conditions, tightening occupancies and growing rents, a more focused value-add strategy makes sense. This is especially true in a high income and job-rich submarket like Redmond, which possesses similar characteristics to the Bay Area," he said.

SARES-REGIS Multifamily Fund intends to acquire a diversified portfolio of other well-located properties primarily in coastal California, Seattle and Denver, as well as Portland and Phoenix.

The fund was launched this year by SARES-REGIS Group with more than $100 million in equity commitments, giving the fund the ability to acquire more than $300 million in assets.