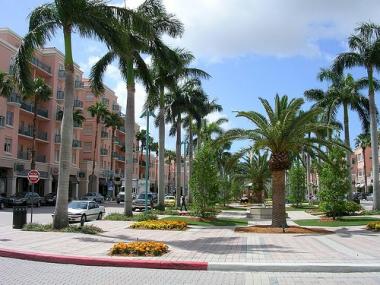 AVENTURA, FL - Trade Street Residential, Inc., a fully integrated owner and operator of high-quality apartment communities in targeted growth markets in the southeastern United States, including Texas, announced that David Levin, currently the lead independent director of the board of directors, has been named Vice Chairman of the Board of Directors and President. In this new role, Mr. Levin will oversee the Company’s investment and capital strategy.

"We are excited about David’s expanded role as Vice Chairman and President of Trade Street Residential,” stated Michael Baumann, Chairman and Chief Executive Officer of the Company. “His experience is truly unmatched, with 35 years of real estate investment and financing expertise, as well as leadership roles within large, complex and growing organizations. As a Director, David has been instrumental in the implementation of our recapitalization strategy to position Trade Street for future growth, and his decision to join the Company in an expanded role is an affirmation of our opportunity to maintain our momentum and execute our growth strategy.”

Mr. Levin was formerly the Vice Chairman of LNR Property LLC prior to its sale to Starwood Property Trust in May 2013. Mr. Levin joined LNR in 1992 where he served in numerous real estate investment and management roles during his tenure. Prior to LNR’s spin-off from Lennar, Mr. Levin managed the acquisition and disposition of Lennar Corp’s distressed commercial loan portfolios from 1992 to 1997. Subsequent to that he was responsible for the acquisition of subordinate and mezzanine interests in commercial real estate mortgages. His last assignment was in arranging third party capital for LNR’s managed investment vehicles.

Previous to joining LNR Mr. Levin had a 14 year career with various commercial real estate firms in New York, including his last position with the Bear Stearns Real Estate Group, where he was a Managing Director and department co-head.