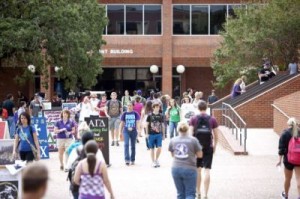 DALLAS, TX - Balfour Beatty, an infrastructure group operating in construction services, professional services, support services and infrastructure investments, announced it has entered into a development agreement for a new student housing project at Tarleton State University, a member of The Texas A&M University System. Balfour Beatty Campus Solutions, a developer and operator of infrastructure projects for the college and university market, is the lead developer on the $25 million project, which is scheduled to break ground later this month and open in August 2014. Balfour Beatty Construction, based in Dallas, Texas, is the construction partner on the project.

The four-story Living/Learning Community is being designed by BOKA Powell Architects and will be located adjacent to the University Dining Center on Tarleton’s main campus in Stephenville, Texas. Floor plans will feature 514 beds in a modified suite configuration that will include community spaces, kitchens and study areas on each floor. Upon completion, the University will operate and maintain the building including management of all resident life activities.

The project has been financed through the issuance of tax-exempt bonds and is owned by an affiliate of Collegiate Housing Foundation, a national 501(c)(3), under a 32-year ground lease with the University. The University will receive an annual ground lease payment. RBC Capital Markets served as the underwriter for the issuance of bonds for this project.

“Balfour Beatty and our project team are thrilled to be working with Tarleton State University to deliver a first-rate living environment for the students at TSU,” said Bob Shepko, President of Balfour Beatty Campus Solutions. “Our portfolio of Public-Private Partnership projects in the higher education market continues to grow, with this being the second such project to reach financial close in the past month. We see this as strong testimony for the effectiveness of this approach in leveraging the collective strengths of all parties to deliver an optimum solution to campus infrastructure needs.”

“We are excited to begin the construction of the housing project to support the growing residential student population on campus,” said Rusty Jergins, Vice President for Student Life at Tarleton. “The university has experienced a 35 percent growth in freshmen since fall 2011, and enrollment trend data indicates continued growth in future years. This new facility will allow Tarleton to accommodate a burgeoning on-campus population and provide the infrastructure for future expansion. The university is currently leasing 858 beds in off-campus apartment complexes to accommodate anticipated demand for fall 2013.”