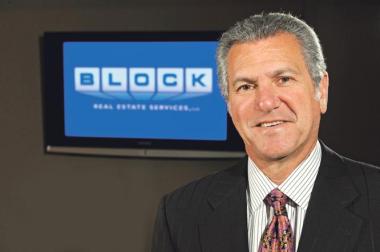 KANSAS CITY, MO - Block Funds kicked the acquisition portion of the strategy off by purchasing a 120-unit Class A project called The Woods at Johnson Mill in Johnson, Ark., managing principal Ken Block said Monday. Acquired through a HUD auction, the property was acquired with capital raised in 48 hours - a sign of strong investor interest in the multifamily sector and his firm's ability to respond quickly to opportunities, Block said. The project will be managed by Block Multifamily Group, a division of Block Real Estate Services formed last year as a precursor to the company's multifamily market plunge.

The goal, Block said, is to increase property under management by Block Multifamily Group by at least 2,000 units a year - to 10,000 within five years. He said that would be accomplished by acquiring, in round numbers, 1,000 units annually at a cost of about $100 million and developing 500 units a year at a cost of about $60 million. The other 500 new units under management to be added annually are to come through third-party deals.

Block said he expects to announce three or four more apartment acquisition deals in the next several weeks. Block Funds and Block Multifamily Group will be looking for additional acquisition and development opportunities in the Kansas City, St. Louis and Atlanta markets served by Block Real Estate Services.

"But our main focus will be the South," Block said, "and we'll also be looking at the Southeast and Southwest" regions of the United States.

During a recent roundtable discussion hosted by the Kansas City Business Journal, Block said that "the capital that's out there from our investors has been screaming to go into multifamily" due to its favorable spreads, stability and adaptability to changing market trends.

He responded by hiring Bill Larson as president of Block Multifamily Group. Larson previously led Bristol Properties Inc., which provided management for more than 6,000 multifamily units across the Midwest and Southwest.