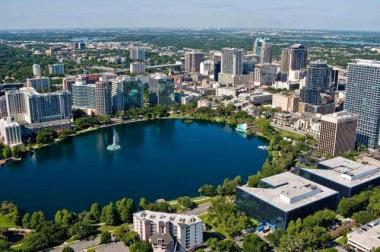 ORLANDO, FL - Central Station, a $200 million transit-oriented development planned for downtown Orlando by RIDA Development Corporation, has achieved a milestone event with the sale of a two-acre site to Crescent Communities of Charlotte, N.C.  Crescent plans to begin construction later this year on a mixed-use project with 275 luxury apartments and more than 20,000 square feet of amenities and urban retail space along the 61-mile SunRail commuter train station scheduled to launch in 2014.

To be known as Crescent Central Station, the new multifamily community will be prominently located at the intersection of Orange Avenue and Amelia Street, taking up the northern portion of Central Station in Orlando's Central Business District. In addition to the residences and related amenities, the development will incorporate 12,000 square feet of urban retail space along Orange Avenue, which is envisioned as a critical part of the multi-phased master plan by RIDA Development that also includes office space, a hotel, and additional ground-level retail.

Crescent Communities, which has a number of multifamily investments, master-planned communities, and commercial office projects under development in Florida, incorporates amenity-rich designs in all its communities. For Crescent Central Station, amenities will range from a demonstration kitchen, double-level fitness center, and unique pool scene to urban luxuries such as bike repair, pet care, and an exclusive sky deck.

"Central Station is an ideal location for the type of communities that we emphasize at Crescent," said Jay Curran, vice president for Crescent Communities Multifamily Group, which has more than 5,000 multifamily units under construction or in planning across the mid-Atlantic, Southeast and Southwest.  "Communities of the future will have sustainable designs that incorporate transit oriented development and a rich menu of amenities for the way that people want to live, work and play."

The 5.6-acre Central Station site under development by RIDA is located across the street from two of Orlando's largest and most prominent buildings – the iconic Orange County Courthouse and the Bank of America Tower. The development is within a five-minute walk to all of downtown's employment and entertainment centers and just 60 feet from what will be the main SunRail stop downtown, putting residents within a five-minute ride  to the city's two major medical centers.

Crescent Communities and RIDA also have been working with both the City of Orlando and LYNX to create an inviting connection between the adjacent SunRail platform, the Central Station development, and all of the employment and amenities in Orlando's central business district. As part of this coordination, Crescent and RIDA will extend "Gertrude's Walk" to Amelia Street, build a one acre urban park with gathering spaces, active uses, and an off-leash dog park, and facilitate connectivity with a pedestrian "paseo" to Orange Avenue.

"Central Station will demonstrate the broad range of benefits that can be achieved with transit oriented development," said Marc S. Reicher, RIDA's senior vice president of operations. "Crescent Communities is helping us fulfill our partnership with the public sector, further enhancing the investment being made in Orlando's public transportation.  We believe this will be a model that's highly desirable to many types of projects across the country."