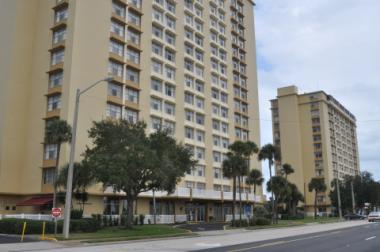 MELBOURNE, FL - Nonprofit Preservation of Affordable Housing (POAH) announced that it has closed on the purchase of three properties with 510 units of affordable housing in Melbourne, FL previously owned by non-profits affiliated with neighboring Holy Trinity Episcopal Church.

“The leadership of Holy Trinity showed great foresight in its planning to acquire a new owner, saving these housing resources from being lost to the market. Often the threat of losing affordability covenants arises after it is too late”

Trinity Towers East, West and South house seniors - 79% of whom are eligible for “Section 8” low income housing subsidies. POAH has committed to preserve and steward the properties as affordable housing for low- and moderate income seniors, allowing Holy Trinity to focus on its mission of faith.

In 2011 the leadership of Holy Trinity Episcopal Church approached POAH to explore whether the nonprofit could acquire these properties to continue the mission of keeping them as affordable housing for seniors.

“The leadership of Holy Trinity showed great foresight in its planning to acquire a new owner, saving these housing resources from being lost to the market. Often the threat of losing affordability covenants arises after it is too late,” said POAH President Amy Anthony. “We were able to meet the challenges concerning the transfer of the properties from a charitable, faith-based organization (Holy Trinity) whose mission is primarily not as an affordable housing provider to a nonprofit organization (POAH) whose exclusive mission is creating and preserving affordable housing.”

“The volunteer Board of Directors has worked very hard, but the last few years have presented us with management and ownership challenges of greater and greater complexity,” said Fr. Steve Easterday, Co-Rector of Holy Trinity Episcopal Church and President of the Trinity Towers Board. “It became clear that professional ownership was in the best interest of the residents. POAH has a great history of advocacy and concern for the residents they serve; I look forward to seeing what God has in store for Trinity Towers.”

POAH intends to extend the term of the low income contracts for 20 years, which will keep the rents affordable for residents and continue to provide services to seniors there. POAH will make modest improvements to the apartments in the near term and major renovations later. The goal is to preserve affordability and services at the properties for a minimum of 40 years.