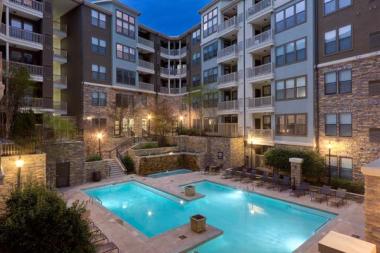 MEMPHIS, TN - MAA and Colonial Properties Trust announced that they have entered into a definitive merger agreement under which MAA and Colonial Properties Trust will merge, creating a Sunbelt-focused, publicly traded, multifamily REIT with enhanced capabilities to deliver superior value for residents, shareholders and employees.  The combined company is expected to have a pro forma equity market capitalization of approximately $5.1 billion and a total market capitalization of $8.6 billion.

Under the terms of the agreement, each Colonial Properties Trust common share will be converted into 0.36 newly issued MAA common share, and the combined company will be an UPREIT.  On a pro forma basis, following the merger, former MAA equity holders will hold approximately 56 percent of the combined company's equity, and former Colonial Properties Trust equity holders will hold approximately 44 percent.  The all-stock merger is intended to be a tax-free transaction.  The merger is subject to customary closing conditions, including receipt of the approval of a majority of both the MAA and Colonial Properties Trust shareholders.  The parties currently expect the transaction to close during the third quarter of 2013.

The merger brings together two highly complementary multifamily portfolios with a combined asset base consisting of approximately 85,000 multifamily units in 285 properties. The combined company will maintain strategic diversity across large and secondary markets within the high growth Sunbelt region of the U.S. The combined company's ten largest markets will be Dallas/Ft. Worth, Atlanta, Austin, Raleigh, Charlotte, Nashville, Jacksonville, Tampa, Orlando and Houston.

"The combination of MAA and Colonial Properties Trust will provide an enhanced competitive advantage across the Sunbelt region," said H. Eric Bolton, Jr. , MAA CEO.  "The scale of the combined company will support accelerated growth and deployment of capital across our high-growth Sunbelt markets driving superior value creation opportunity for our shareholders.  In addition, through capitalizing on the strengths gained from the combination of the two platforms, we will enhance our ability to serve residents across the region, drive higher margins as a result of synergies and advantages generated by the merger, and enhance career opportunities for our associates."

Upon completion of the merger, the company will retain the MAA name and will trade under the ticker symbol MAA (NYSE).  Following the close of the transaction, the combined company's corporate headquarters will be located in Memphis, TN.

Annual gross G&A savings are estimated to be approximately $25 million.  The combined company is expected to benefit from the elimination of duplicative costs associated with supporting a public company platform and the leveraging of state of the art technology and systems.  These savings are expected to be realized upon full integration, which is expected to occur over the 18-month period following the closing.

Both companies have high quality properties diversified across the Sunbelt region.  On a consolidated basis the company will have a strong presence in both large and secondary markets.  With a significant regional overlap, meaningful opportunity for synergy and margin improvement is expected.  The combined company is committed to a strategy aimed at driving superior long-term shareholder performance with a full-cycle performance profile and objective.

The combined company is expected to have significant liquidity, a strong investment-grade balance sheet and a well-staggered debt maturity profile provided by long-standing lending partners.

"Our goal is to create one of the strongest balance sheets in the sector, providing us the financial flexibility in the capital markets to manage our cost of capital, allowing us to capitalize on business opportunities, ultimately supporting the growth of the combined company and the security of our dividend to our shareholders," said Albert M. Campbell, III, CFO of MAA.

MAA is a self-managed real estate investment trust (REIT) that acquires, owns and operates apartment communities across 13 states in the Sunbelt region of the United States.  As of March 31, 2013, MAA owned or had ownership interest in 49,591 apartment units at completed communities, focused on delivering full-cycle and superior investment performance for shareholders.

Colonial Properties Trust is a real estate investment trust (REIT) that creates value for its shareholders through the acquisition, management, and development of a multifamily portfolio in the Sunbelt region of the United States. As of March 31, 2013, the company owned, had partial ownership in or managed 35,181 apartment units. Headquartered in Birmingham, Alabama, Colonial Properties is listed on the New York Stock Exchange under the symbol CLP and is included in the S&P SmallCap 600 Index.