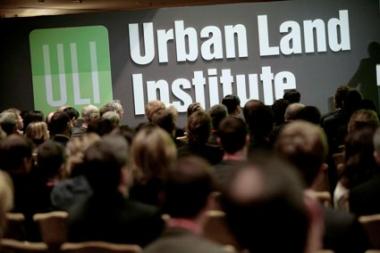 SAN DIEGO, CA - A new report from the Urban Land Institute (ULI) underscores the influence that growing demographic groups in the U.S. – in particular Generation Y, African Americans, and Latinos – will have on reshaping urban growth patterns by spurring more development of compact, mixed-use communities with reliable, convenient transit service.

On the whole, the survey suggests that demand will continue to rise for infill residential development that is less car-dependent, while demand could wane for isolated development in outlying suburbs. The survey found that among all respondents, 61 percent said they would prefer a smaller home with a shorter commute over a larger home with longer commute. Fifty-three want to live close to shopping; 52 percent would prefer to live in mixed-income housing and 51 percent prefer access to public transportation.

Of the three major generations in the report (Gen Y, Gen X and Baby Boomers), Gen Y – the largest generation, the most racially and ethnically diverse, and the one not yet fully immersed in the housing and jobs market – is the generation that is likely to have the most profound impact on land use. Fifty-nine percent of Gen Y said they prefer diversity in housing choices; 62 percent prefer developments offering a mix of shopping, dining and office space; and 76 percent place high value on walkability in communities.

Sixty-three percent of the Gen Y respondents said they plan to move in the next five years, along with 63 percent of African Americans, 54 percent of Latinos, and 56 percent of those currently living in a large city. The preferences of Gen Y are similar to those of people of color across all the generations. These different demographic cohorts are all growing in number, and together are creating a significant market shift toward compact, mixed-use development that is close to transit.

Seventy-five percent of African Americans indicated a preference for mixed-use developments; 63 percent prefer to live in mixed-income communities; and 56 percent said they prefer a mix of housing types. Seventy-seven percent desire access to public transit. Nearly half (47 percent) the African Americans surveyed are part of Gen Y.
Fifty-eight percent of Latinos surveyed said they prefer to live in a mixed-use community; 48 percent prefer mixed-income communities; and 50 percent prefer a mix of housing. More than half (54 percent) of the Latinos surveyed are Gen Yers.

"The choices being made by these groups are upending long-held notions about what is considered traditional neighborhood development," said ULI Chief Executive Officer Patrick L. Phillips. "We've entered an era in land use that will be defined by development that conserves land and energy, and which offers consumers plenty of options in where they live and how they get from one place to another."

The tendency to prefer city living, to rent rather than own housing, and take transit are highest among Gen Y, African Americans and Latinos. Forty percent of Gen Yers, 43 percent of Latinos and 35 percent of African Americans indicated a desire to live in a medium to large city. These were the groups most eager for more employment choices in their communities.

Fifty-four percent of the Gen Yers surveyed are renters; as are 63 percent of African Americans and 52 percent of Latinos. While the survey found an overwhelming reliance on cars for commuting -- 85 percent of all respondents said they drive to work or school – use of transit was highest by African Americans (32 percent), Latinos (20 percent) and Gen Y (18 percent). More than half the Gen Y respondents placed a high priority on proximity to public transit, and 23 percent reported walking to destinations, the highest percentage of walkers among the generations.

While not quite as uniform as the preferences of Gen Y, the housing and transportation choices of Baby Boomers also trended toward a break from the past. The report suggests that as Baby Boomers age, many are choosing living environments with characteristics more urban than suburban: the survey found that 72 percent would opt for a shorter commute and a smaller home, over a longer commute and a larger home; and nearly half -- 49 percent -- want to live near developments offering a mix of shopping, dining and offices. Fifty-two percent said access to public transportation is important.

Responses from Generation X participants indicate that this group, often overshadowed by Gen Y and the Baby Boomers, is the generation most likely to favor single-family suburban neighborhoods and the most likely to have children living at home (70%).  Less than half of the Gen Xers (45 percent) said they wanted public transportation options; 92 percent said they commute by car. Gen Xers were the least likely to value being close to friends and family, medical care, shopping and entertainment.  However, despite these views, 54 percent indicated a preference for a shorter commute with a smaller home. Forty-three percent preferred a longer commute with a larger home.

The War Babies and the Silent Generation are, not surprisingly, the groups least likely to have recently moved or be moving. While most own single-family homes, they want to live in communities that are highly walkable, and which are close to family and friends, medical care, shopping, entertainment and parks. Few are still working, so proximity to employment centers is a very low priority.

Other key survey findings:
In general, the lure of homeownership remains strong: Seventy-one percent of all respondents said buying a home is a good investment, despite the housing crisis and ensuing home price declines.

The quality of public transit is acceptable, where it's available: Of those with access to buses and trains, 75 percent rate the quality as satisfactory. However, half of those with no access to buses and trains were dissatisfied by this situation.  Fifty-two percent of the population said that convenient public transportation was important to them.
Safety and high-quality schools top the list of most sought-after community attributes: Ninety-two percent of all respondents ranked neighborhood safety as the most important attribute; good schools ranked as the second highest (79 percent).

Having space and proximity are equally important: In seemingly contradictory responses, 72 percent of the survey participants said having space between neighbors is a priority; yet 71 percent placed a high value on being close to employment , schools, and healthcare facilities, and 70 percent  rated walkability as a key attribute.

Seventy-seven percent of the respondents reported using a car, truck or motorcycle nearly every day. However, 22 percent said they walk to a destination almost daily, and 6 percent said they take public transit.

America in 2013 was prepared jointly by the ULI Terwilliger Center for Housing and ULI's Infrastructure Initiative. The ULI Terwilliger Center for Housing engages in a multifaceted program of work that furthers the development of mixed-income, mixed-use communities with a full spectrum of housing. The Infrastructure Initiative works to promote more sustainable infrastructure investment choices and to foster an improved understanding of the links between infrastructure and land use. The survey was conducted by Belden Russonello Strategists LLC. The margin of sampling error for the results is plus or minus 2.9 percentage points.

The full survey report and other materials are available at www.uli.org/communitysurvey