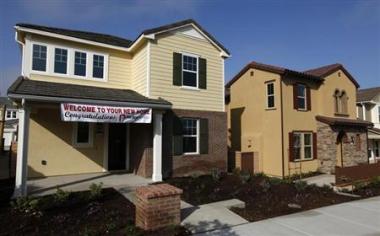 All 20 cities covered by the indices posted year-over-year increases for at least two consecutive months. In 16 of the 20 cities annual growth rates rose from the last month; Detroit, Miami, Minneapolis and Phoenix saw slight annual deceleration ranging from -0.1 to -0.4 percentage points. Phoenix continued to stand out with an impressive year-over-year return of +23.0% while Atlanta and Dallas had the highest annual growth rates in the history of these indices since 1992 and 2001, respectively.

"Home prices continue to show solid increases across all 20 cities," says David M. Blitzer, Chairman of the Index Committee at S&P Dow Jones Indices. "The 10- and 20-City Composites recorded their highest annual growth rates since May 2006; seasonally adjusted monthly data show all 20 cities saw higher prices for two months in a row – the last time that happened was in early 2005.

"Phoenix, San Francisco, Las Vegas and Atlanta were the four cities with the highest year-over-year price increases. Atlanta recovered from a wave of foreclosures in 2012 while the other three were among the hardest hit in the housing collapse. At the other end of the rankings, three older cities – New York, Boston and Chicago – saw the smallest year-over-year price improvements.

"Despite some recent mixed economic reports for March, housing continues to be one of the brighter spots in the economy. The 2013 first quarter GDP report shows that residential investment accelerated from the 2012 fourth quarter and made a positive contribution to growth. One open question is the mix of single family and apartments; housing starts data show a larger than usual share is apartments."

As of February 2013, average home prices across the United States are back to their autumn 2003 levels for both the 10-City and 20-City Composites. Measured from their June/July 2006 peaks, the peak-to-current decline for both Composites is approximately 29-30%. The recovery from the early 2012 lows is 8.7% and 9.3%, respectively.