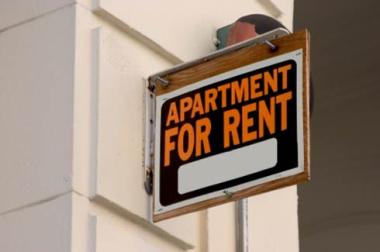 The brief found that more renters are spending a high percentage of their household income on rent. Policymakers use gross rent as a percentage of income as a measure of housing affordability, and it is often used to determine eligibility for housing programs. In this report, renters spending 35 percent or more of household income on rent and utilities are considered to have high rental costs.

"While we saw a decrease in rental vacancy rates and pricing in some areas, the burden of rental costs on households increased across many parts of the nation," said Arthur Cresce , assistant division chief for housing characteristics at the Census Bureau. "Factors such as supply and demand for rental housing and local economic conditions play an important role in helping to explain these relationships."

Among the 50 most populous metro areas, some of the heaviest rental costs were borne by renters in metro areas in Florida, California and Louisiana in 2011, despite rent declines between 2009 and 2011. These include Miami with 55.7 percent of renters experiencing heavy rental costs. Orlando, Fla. (52.9 percent); Riverside, Calif. (52.2 percent); and New Orleans (51.3 percent), whose shares did not differ significantly from one another, followed closely.

Another brief released today is Physical Characteristics of Housing. Based on American Community Survey data covering 2009 to 2011, this brief presents statistics on basic physical and structural characteristics of the total housing inventory at the national level and for metro areas. The report examines types of housing structures, newer and older houses, and the size of the houses measured by the number of rooms.

According to the American Community Survey, there were 131.8 million housing units in the United States on average from 2009 to 2011, with 81.1 million (61.5 percent) being single-family houses not attached to another structure. In terms of current housing inventory in the U.S., more than 95 percent of the nation's metro areas have detached, single-family houses as the primary housing structure. Only 6.0 percent of all housing units in the United States were newer houses (2005 or later), while older houses (before 1950) accounted for 19.3 percent of the total housing inventory.

The American Community Survey provides a wide range of important statistics about people and housing for every community across the nation. The results are used by everyone from town and city planners to retailers and homebuilders. The survey is the only source of local estimates for most of the 40 topics it covers, such as education, occupation, language, ancestry and housing costs for even the smallest communities.