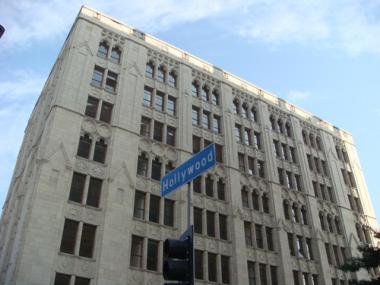 HOLLYWOOD, CA - CIM Group announced today that it has sold SEVENTY46, a 1920s neo-Gothic style, eight-story Hollywood Boulevard apartment building to Kambiz Hakim, a private real estate investor and developer, along with his two sons Alexander and Steven. CIM acquired the former office building, which is listed in the National Register of Historic Places, in 2004 and completed an expansive restoration and repositioning in 2007 creating loft-style apartments and an improved 6,400 square feet of ground floor retail. CIM’s top-to-bottom renovation included a seismic upgrade to the property and installation of all new infrastructure such as electrical and fire and life safety systems. The company carefully restored the building’s many architecturally rich features including the historic façade and grand lobby as well as banisters, light fixtures and windows.

SEVENTY46, previously called the Hollywood Professional Building, housed Ronald Reagan’s eighth floor office when he was the president of the Screen Actors Guild. The building is located on the same block as the Roosevelt Hotel, is one block from Grauman’s Chinese Theatre and is proximate to many of CIM’s Hollywood area investments including the Hollywood & Highland® complex.

SEVENTY46 is centrally located on Hollywood Boulevard at N. Sycamore Avenue in the heart of this vibrant urban district. Hollywood is one of Los Angeles’ most desirable business centers attracting technology, entertainment and other creative industries, and offers a variety of retail, dining and entertainment options and easy access to public transportation including the Metro Red Line subway. The array of amenities, unparalleled location and demand for quality residential units contributed to CIM’s success in maintaining the building at full occupancy.

Headquartered in Hollywood, CIM is an investor in communities throughout North America and is the largest commercial real estate owner in Hollywood. In 1998, CIM identified Hollywood as an emerging urban district that meets the firm’s strategic investment guidelines. Since then, it has acquired and developed a portfolio of properties in this community that includes office, retail, hotel and multi-family residential properties.

CIM Group is a leading real estate and infrastructure investment firm that since 1994 has systematically and successfully invested in dynamic and densely populated communities throughout North America.