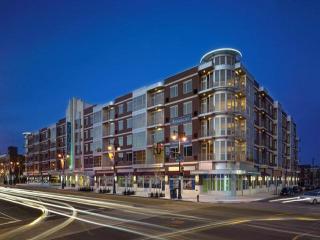 CHICAGO, IL - The commercial real estate industry continues to show robust and consistent growth, despite a sluggish economy and the indecision of governmental sequestration, according to the latest CCIM Quarterly Market Trends report. CCIM Institute, one of the largest commercial real estate networks in the world, released the results today in partnership with the National Association of REALTORS®. The report features the findings of CCIM's 13,000 influential, industry-leading members.

The report shows that in 2012, commercial real estate investment sales increased for the fourth consecutive year, with an uptick of 18 percent year-over-year in sales of properties less than $2.5 million. In fact, the year ended with a deal frenzy of $98 billion in total 4Q12 sales, setting a post-2007 record for the greatest amount of fourth-quarter investment activity.

"The numbers speak clearly, particularly the figures besting recession-era data, demonstrating dependable progress that investors can act upon, and fundamentals are expected to steadily improve," said George Ratiu, manager of the National Association of REALTORS® qualitative and commercial research. "With moderate gains in employment and consumer spending, absorption for office, industrial, and retail spaces will continue to grow, driving availability rates lower."

Additionally, CCIM members participating in the national survey cited a 53 percent increase in transaction volume in 2012, driven primarily by investors who were looking to sell assets. Property prices have stabilized in most markets, with 30 percent of respondents reporting price increases and 50 percent saying property prices remained the same in their markets.

Apartments: Attractive Investment
Apartments attracted the largest volume of investment dollars in 2012, followed by office, retail and industrial properties.  It is predicted that apartment demand will continue on a strong upward trajectory in 2013 as household formation increases and home supply lags in most markets, according to the report. More good news: Real estate prices gained traction across all commercial real estate categories, with a 12 percent year-over-year increase across all sectors.

Vacancy in all commercial real estate categories is projected to decline as absorption increases, and rent growth is expected in the office, industrial and retail sectors through 2014. The multifamily sector will continue to see minor rent growth, along with a small increase in vacancy and reduced absorption during the same period.

Rents and Rates: Stable or Increasing
Forty percent of CCIMs who responded to the survey reported flat rents in 2012, while 32 percent indicated rents are higher in their markets. Approximately 53 percent of respondents expect rent growth and price growth to become more in line this year.

Capitalization rates remained stable year-over-year, according to 62 percent of CCIMs. In addition, 49 percent of respondents reported that cap rate gaps between buyers and seller decreased last year, and the trend will continue in 2013.

The complete report findings can be found at CCIM.com