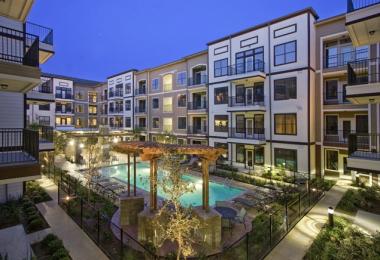 "Following the Great Recession, unsettled financial markets, combined with a still-weak job market and considerable uncertainty about near-term political and economic conditions, led many to think apartment investment was still too risky," said NMHC Vice President of Research and Chief Economist Mark Obrinsky . "But by year-end 2012, the real risk was getting in too late, not too early."

"Top firms looked to position themselves to meet the higher demand, resulting in increases in transaction volume and new apartment completions. Despite this pickup in apartment activity, the NMHC 50 owner and manager lists showed the kind of stability that characterizes mature industries," Obrinsky said.

Highlights from the research include:

Transaction volume for apartment properties rose almost 50 percent in 2012 to $85 billion, the highest level outside of the boom years of 2005-2007.

Little change occurred in the top-tier rankings, as nine of the Top 10 players on both the owner and manager lists made the cut again in 2012.

Hunt Companies, Inc. (El Paso, Texas) was the biggest mover and shaker on the NMHC 50, adding 28,385 units to its portfolio and climbing five ranks to the No. 2 spot on the owner list. Alliance Residential Company (Phoenix) had the biggest unit growth on the manager list with 8,164 new units added to its portfolio.

By contrast, several firms strategically shed units. For the fourth year, Aimco (Denver) was the biggest net seller among the NMHC 50, trimming its owned portfolio by 22,574 units and its managed portfolio by 21,798 units. Boston Financial Investment Management, LP (Boston) shed the second largest number of apartments (9,182 units) among the NMHC 50 owners, while The Laramar Group, LLC (Denver) underwent the second most significant downsizing on the top manager list, dropping 12,719 units.

NMHC partners with Kingsley Associates, a leading real estate research and consulting firm, for the NMHC 50's research and analysis.

The complete rankings and detailed analysis are online at www.nmhc.org/2013NMHC50.

Based in Washington, D.C., NMHC is a national association representing the interests of the larger and most prominent apartment firms in the U.S. NMHC's members are the principal officers of firms engaged in all aspects of the apartment industry, including owners, developers, managers and financiers. One-third of Americans rent their housing, and over 14 percent live in a rental apartment.