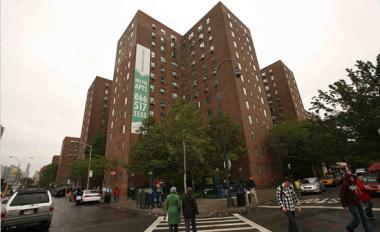 Because there were ultimately no tenant objections to the settlement, which Justice Lowe had preliminarily approved last November, today's ruling effectively ends the litigation.  It paves the way for approximately 27,500 tenants to receive settlement checks, ranging from $150 to more than $100,000 for some tenants, later this year.

The settlement approved today is by many magnitudes the largest tenant settlement in United States history.  It also continues rent stabilization through June 2020 for the 4,311 formerly decontrolled Stuyvesant Town and Peter Cooper Village apartments.

The settlement sets aside $68.75 million to compensate class members for rent overcharges from January 22, 2003, the start of the class period, through December 31, 2011, the end of the overcharge period.  Final data and calculations under a complex rent reduction formula for the settlement revealed that the tenants also saved an estimated $105 million in rent since 2009 under an interim settlement, bringing the total economic benefit received to date by the tenant class to $173.25 million, $25 million more than lead counsel initially estimated last November.  Depending on future vacancy rates and market conditions, the tenants could save as much as an additional $300 million by the time their 2020 leases expire.

"This is a genuinely historic and well-deserved outcome, not only for the nine brave tenants who risked losing their homes when they stepped forward to challenge a longstanding practice of deregulating rent stabilized apartments while simultaneously receiving New York City J-51 tax breaks, but for all residents of the truly special and unique Stuyvesant Town-Peter Cooper Village community," said Alexander Schmidt of Wolf Haldenstein , one of the plaintiffs' lead attorneys.  "I am grateful I had the opportunity to help these courageous individuals right the wrong that had been done to them," he added.

"The fact that there were ultimately no objections to the settlement and only five tenants among the 27,500 class members who opted out of it attests to how fair and reasonable the settlement was for the class as a whole," noted his partner, Daniel Krasner .  "I have been litigating class actions for 35 years, and I have never seen a settlement affecting so many people be opposed by no one," he said.

"This settlement is an extraordinary recovery for our clients and we couldn't be happier for them," Ronald Aranoff of Bernstein Liebhard, another of the plaintiffs' lead attorneys said.

As to future rents, the settlement provides for a "Preferential Rent" formula that will save tenants at least another $20 million, and potentially up to $300 million, over the next eight years, Aranoff added.

The settlement also continues rent stabilization through June 2020 for each of the 4,311 formerly decontrolled Stuyvesant Town and Peter Cooper Village apartments at issue in the suit.  June 2020 is when the residential complexes' New York City "J-51" tax benefits expire.  The New York Court of Appeals, the state's highest court, found in October 2009 that the apartments had been removed improperly from rent stabilization while the complexes were receiving those tax benefits, which are available only for rent stabilized buildings.

The cash received and saved will not be the only benefits the class members achieve as a result of this litigation, Schmidt said. "Class members will also retain the full protections of the Rent Stabilization Law for the next eight years, including, most importantly, the right to remain in their homes as long as they remain stabilized."

The tenants who were overcharged will receive "refunds equaling at least 100% and, most likely up to 110%, of their overcharges," Krasner said "and most or all of the attorneys' fees and costs are expected to be paid from excess funds that will be left over after all filed tenant claims are paid."  The $18.9 million in legal fees to be paid from the settlement fund is less than 11% of the $173.25 million recovered to date, "a very low percentage even by today's standards," Krasner added.