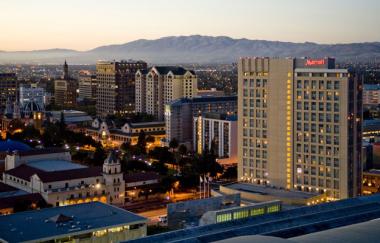 The 2.4-acre site at 2090 S. Delaware Street is adjacent to the Caltrain Rail Line, which will give future residents ready access to job centers north and south. Wood Partners, one of the nation's leading multifamily developers, expects the project to be completed and ready for leasing in spring 2014.

"This new project will provide transit-oriented housing to an area that has seen only one new apartment community since the early 2000s," said Brian Pianca, a development director in the firm's San Francisco office. "There is strong job growth in the area, but a significant lack of new apartments."

The two three-story buildings with subgrade parking will feature common amenities including a fitness center with yoga, resident lounge and club room and expansive amenity decks.

"Our new apartments will appeal to a wide range of residents, from singles to couples to young families attracted to the project's central location on the San Francisco Peninsula, as well as the nearby freeway and rail access," Pianca said.

The project is expected to generate $395,000 in annual tax revenue and five management jobs.

Over the period of one year, the local impacts of building 100 rental apartments include $7.9 million in local income, $827,000 in taxes and 122 local jobs, according to the National Association of Homebuilders.