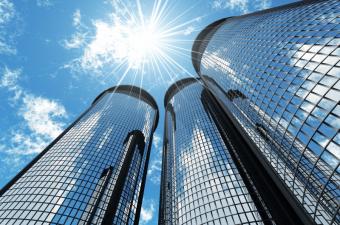 The delinquency rate for U.S. commercial real estate loans in CMBS inched higher by eight basis points in March to 9.50% after reaching the lowest level in a year last month. Overall, the rate has fallen 84 basis points since hitting its all-time peak of 10.34% at the end of July 2012.

Loan resolutions continued to drop in March, falling from just under a billion dollars in February to almost $850 million. There were $2.8 billion in newly delinquent loans reported in March, up slightly from the previous month. There are currently $52.1 billion in U.S. CMBS loans 30 or more days delinquent, excluding loans that are past their balloon date but current on interest payments. There are about 3,300 loans totaling $64.8 billion currently in special servicing.

"A close examination of the data reveals that the weakening experienced in March is not nearly as worrisome as it seems," said Manus Clancy, senior managing direction of Trepp. "The jump in the rate was caused primarily by a reversal of status of a number of floating rate hotel loans."

The delinquency rate for apartment loans continued to improve in March, dropping another 54 basis points to 12.73%. The rates for industrial and office loans were modestly lower, at 11.72% and 10.6% respectively. Retail loans posted the second worst month-over-month reading with an increase of 12 basis points. The retail delinquency rate remains the lowest among the five major property types, however, while multi-family remains the worst performing sector.