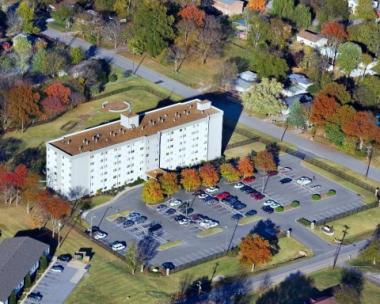 MEMPHIS, TN - Alco Management, Inc. is poised to pick up national accolades next week for its revitalization of a once distressed senior-living community in suburban Nashville. The National Affordable Housing Management Association (NAHMA) plans to recognize Alco Management for the successful turnaround at the Riverwood Tower Apartments in Madison, Tennessee.

Alco acquired the 117-unit community in 2005 and subsequently rehabilitated the 33-year-old building. Alco renamed, rebranded and repositioned the community, transforming the former Madison View Towers into a clean, safe and desirable place to live. The enhanced quality of life helped managers turn operations there cash flow positive and drive occupancy up nearly 25 percent to 100 percent over two years.

“We’re grateful for this national recognition of our company, our team and our success with the Riverwood Tower Apartments,” said Alco Management President Robert Hyde. “This national quality award reflects publicly the imagination, ingenuity and resolve our people bring every day to serve our residents, investors and other stakeholders.”

Alco Management is one of America’s top operators of affordable housing. From its headquarters in Memphis and regional offices in Nashville, Alco owns and manages a balanced portfolio of affordable and conventional multifamily communities with more than 6,000 apartments in eight Southeastern states.

NAHMA is a leading advocate on behalf of multi-family housing owners and operators whose mission is to provide quality affordable housing.

Alco renamed the community, restored limits on the number of residents under age 62 and started its rehabilitation of the building in 2006. Upgrades included:

Installation of water-saving fixtures and appliances in kitchens and baths

Installation of new HVAC units throughout the community

Expansion of the building sprinkler system to each apartment

Installation of a new fire alarm and nurse call system

Inside, Alco changed the carpeting, flooring, baseboards and designer paint colors throughout the apartments and reconfigured the common areas of the building to make them more comfortable, attractive and useful.

Outside, the parking lot was repaved and redesigned to provide additional and more convenient accessible parking. A new wrought iron fence was constructed around the property and new landscaping was completed throughout the grounds.

Apartments were re-leased as they were upgraded and over time the community’s finances moved to sound position. Alco also brought in a professionally credentialed staff to manage operations at Riverwood Tower and secured funding for added staff to serve residents.

Alco Management, Inc. has developed, acquired and managed apartment communities throughout the Southeastern for more than 30 years and is regularly ranked among the leading owners and operators of affordable housing nationally.