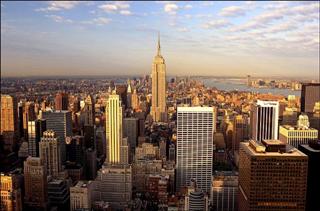 WHITE PLAINS, NY - The multifamily housing giant Wood Partners, LLC has opened an office in White Plains, N.Y. to serve the booming New York City market, where vacancy rates are the lowest and rents are the highest in the country.

The new office is Atlanta-based Wood Partners' 16th in a major U.S. market.

"Establishing a New York base has been high on Wood Partners' priority list since the company's founding in 1998, and 2013 seemed like optimum timing," said Rick Dickason, director of Wood Partners' Northeast region.

"The New York metropolitan apartment vacancy rate is down to 2.1 percent, and average monthly rent is $2,985," said Dickason. "The statistics didn't drive our decision, but with the economy rebounding and lending improving, it's an exciting time to be in our industry, and New York is certainly the center of the action."

Ray Smith, a commercial loan and real estate finance specialist, will manage the branch at 777 Westchester Ave. in White Plains. Smith, who has been with Wood Partners since 2004, moves from his position as regional director for the company's Specialty Housing Group in the Northeast Region, where he was responsible the development and financing of workforce, senior and student housing.

"Thanks to Anup Misra's extensive market knowledge and experience in this region, we now have a strong foundation for future projects. As Wood's vice president of development of the Tri-State area, he has helped us become a player in the New York market."

In New York and several other markets, Wood Partners has an eye toward the "Millennial generation," some 80 million young adults who studies indicate are more inclined to rent than buy, Smith said. With billions in student loan debt and a still-sluggish job market, 20- and 30-year olds are likely to be renting rather than buying for the foreseeable future, he added.

To serve that market, Smith said Wood Partners is designing multifamily housing with expanded common areas, including such amenities as coffee bars, outdoor fire pits, yoga studios and meeting rooms. The new-generation of renters appear less interested in square footage than they are in more hotel-style amenities, Smith said.

"The home ownership rate in the United States has fallen from a peak of 69 percent in 2004 to 66 percent in 2011 and is likely to continue falling," Dearborn said. "As a result of these favorable conditions, we have seen occupancies and rental rates rise dramatically across all of the major markets we cover. Multifamily asset values have been rising as well, with interest rates and capitalization rates at or near historic lows."