Equity Residential Adds Over 21,000 Units to Its Portfolio with Closing of Archstone Acquisition 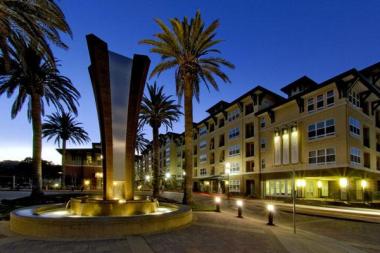 “This is an exciting day for Equity Residential and its shareholders as we add more than 21,000 high quality apartment units in our core markets to our platform and welcome more than 700 of the industry’s best people to our company,” said David J. Neithercut, Equity Residential’s President and CEO. “By funding a significant portion of this acquisition with proceeds from the sale of our non-core assets, we have nearly completed the total transformation of our portfolio. Going forward, our future earnings and shareholder return will be derived from the highest quality assets in the nation's high-barrier coastal markets.”

Since the announcement of the transaction on November 26, 2012, Archstone has sold six properties that were allocated to Equity Residential as part of its purchase. These properties, consisting of 2,316 apartment units, were sold at an aggregate price of approximately $509.4 million and Equity Residential’s purchase price was adjusted accordingly.

In addition, the company has assumed approximately $2.8 billion of consolidated secured debt, including $2.2 billion of Fannie Mae secured debt. A detailed schedule of the debt being assumed will be available in the company’s Form 8-K to be filed with the SEC.

Equity Residential has previously announced its intention to fund a significant portion of the Archstone acquisition with the proceeds from the sale of assets that are not part of the company’s long-term strategic plans and expects to sell approximately $4.0 billion of its non-core assets in 2013.