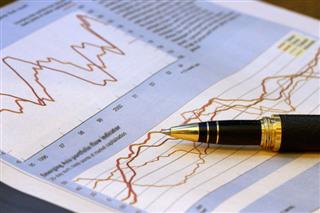 TUTRC holds a regional center designation from the United States Citizenship and Immigration Service (USCIS) that encompasses 40 counties in Texas stretching from Dallas-Fort Worth to Houston, San Antonio and Austin. This area accounts for most of the major population centers in the state and gives the TUTRC broad reach in Texas' commercial development sector.

Within the TUTRC geographic area, real estate developers may utilize EB-5 foreign investment financing. Under the US EB-5 program, qualified foreign investors may obtain a provisional green card to relocate to the United States by investing $500,000 in Targeted Employment Areas into a project that creates at least 10 jobs (direct, indirect or induced) per investor. This job creation program allows the investor's provisional green card to become permanent after two years when the USCIS verifies that the promised jobs were actually created. Because mezzanine borrowing interest rates for the developer are lower than conventional market rates, the EB-5 program is attractive for both the investor and the developer.

TUTRC performs its capital raises though affiliated companies. TUTRC is currently working on projects with over $100 million in EB-5 capital raise.

"Development projects can come from virtually any use sector because the necessary EB-5 jobs are created from the expenditure of construction costs," said Bobby Page, Managing Partner of TDI. "This gives the company tremendous flexibility in offering EB-5 capital to developers."

While China is currently the largest EB-5 market, TUTRC has strong ties to Mexico and other Latin American countries.

TDI currently has 1,200 units under construction in Texas, California and Arizona and has asset management responsibilities in over 4,500 units nationwide. In addition, TDI has plans to develop an additional 2,300 units over the next 12 months that are in various stages of planning and pre-development and is currently raising capital to complement their venture platforms in order to fund their expansion and business plan.