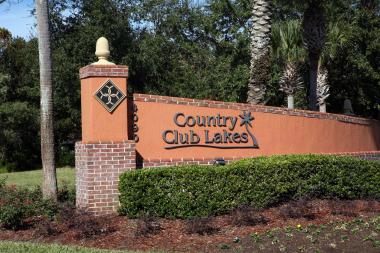 Country Club Lakes, a 555 unit complex located in the East Jacksonville section of the City, is part of GoldOller's private open-ended apartment fund. The fund, which was launched in January 2010, now consists of a portfolio of approximately 6,500 units located in seven states, valued at approximately $500 Million.

According to Richard Oller, GoldOller Chairman, "We love to acquire and operate gems in markets that are often overlooked by others. We find that we can achieve superior cash yields from high quality assets in secondary and tertiary markets without taking unwarranted risk."

In addition to Country Club Lakes, GoldOller owns and operates the Club at Town Center, a 432 unit apartment complex in the Jacksonville's Southside (Town Center) area. Both properties will offer GoldOller's new "Life on the GO" resident services which include onsite fitness classes, nutritional counseling, yoga and more.

With properties in 12 states and a growing portfolio of about 30,000 managed units GoldOller is an emerging leader in the multifamily industry.