Study Reveals That Apartment Industry and Residents Contributed $1.1 Trillion to the National Economy 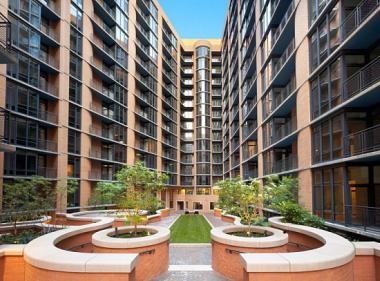 WASHINGTON, DC - Despite the worst economy in a generation, apartments and their residents contributed $1.1 trillion to the national economy in 2011, supporting 25.4 million jobs, according to a new report released by the National Multi Housing Council (NMHC) and the National Apartment Association (NAA). The report, along with an interactive map and economic impact calculator, is available on the new website www.WeAreApartments.org.

The apartment industry spent $14.8 billion on construction in 2011, and this was a year with one of the lowest multifamily completions on record, just 130,000 new units. The average pre-recession was around 270,000 completions.

The industry spent $67.9 billion in 2011 to operate and improve the country's 19.3 million apartments—more than four times the amount spent on construction—creating a $182.6 billion economic contribution supporting 2.3 million total jobs.

The country's 35 million apartment residents spent $421.5 billion on goods and services in 2011—70 percent of which stayed within the local economy. The spending created a total economic impact of $885.2 billion supporting 22.8 million jobs nationwide.

The combined contribution of apartment construction, operations and resident spending equals $1.1 trillion, or more than $3 billion every day.

"Although attention is usually focused on homebuilding and the single-family sector, the annual construction and operating outlays for apartment buildings with five or more units are major sources of economic activity, jobs and personal earnings," said Fuller. "In addition, the residents of apartment buildings constitute an important source of local, state and national economic activity as their spending for goods and services is recycled through the economy. Like the operating outlays for apartment buildings, the spending by renters recurs annually thereby supporting local economies on an ongoing basis."

In conjunction with the study's release, the new website www.WeAreApartments.org breaks down the data by each state and the 12 metro areas through an interactive map. Visitors can also use ACE, the Apartment Community Estimator, a new tool that allows users to enter the number of apartment homes of an existing or proposed community to determine the potential economic impact within a particular state.

"For the first time we're able to quantify the tremendous economic impact of apartment residents across the country, in addition to the powerful contributions from apartment construction and operations," said NAA Chairman of the Board Alexandra Jackiw, CPM, CAPS. "It truly shows a comprehensive view of the industry's critical role not just in housing, but to the economy at large."

"Even in one of the worst economic climates we've ever seen, the multifamily industry and its 35 million residents contributed more than $1 trillion to the economy," said NMHC Chairman Thomas S. Bozzuto , CEO, The Bozzuto Group. "With up to seven million new renter households forming this decade—almost half of all new households—the dollars and jobs we add to the economy will only grow in magnitude."

For more information or to download the report "The Trillion Dollar Apartment Industry", visit www.WeAreApartments.org.

For more than 20 years, the National Apartment Association (NAA) and the National Multi Housing Council (NMHC) have partnered on behalf of America's apartment industry. Drawing on the knowledge and policy expertise of staff in Washington, D.C., as well as the advocacy power of 170 NAA state and local affiliated associations, NAA and NMHC provide a single voice for developers, owners and operators of multifamily rental housing. One-third of Americans rent their housing and 35 million people live in an apartment home.