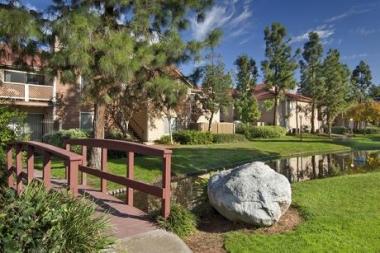 SAN DIEGO, CA - MG Properties Group, a private, San Diego-based real estate investor and operator, announced the acquisition of Terracina, a 736-unit multi-family property in Ontario, California, for $95 million. The acquisition was made in partnership with Rockwood Capital.

Terracina is located in southeast Ontario at the high-traffic intersection of Riverside Drive and Archibald Avenue near the I-15 and Highway 60 freeways. Built in 1988, the property has mature landscaping and a low-density ambiance. Residents have on-site access to two large common areas, a fitness center, pools, tennis courts, and scenic waterways. A variety of retail amenities are within walking distance including a Ralphs grocery and Rite Aid pharmacy. Residents benefit from the site's central location, less than 10 minutes from the major light industrial and warehousing districts of Ontario and convenient to the employment centers of Los Angeles, Orange County, and other Inland Empire cities.

Mark Gleiberman , MGPG's President, describes the property as "an excellent value proposition for residents seeking a conveniently located home in an established suburban community. As a property with growth potential resulting from physical improvements and superior customer service, this transaction is an excellent fit for MGPG's in-house operations and construction management teams."

MGPG plans to invest in Terracina's common areas, grounds, and buildings, providing additional amenities and improving the living experience for residents. Moderate interior renovations will be performed on a portion of units to provide multiple levels of finishes. According to Justin Smith , MGPG's Senior Vice President of Investments, "We have been invested in the Inland Empire for more than a decade and believe in its economic potential to outpace much of California during the next decade. We expect Terracina to benefit from renewed job growth driven by strengthening economic performance, an effect that we are already beginning to see in our regional portfolio."

Mortgage financing was provided with two separate fixed-rate loans from Fannie Mae, arranged by Bryan Frazier of Walker & Dunlop. Transaction representation was provided for the buyer by Greg Harris and Kevin Green of Institutional Property Advisors, and for the seller by Ed Rosen and John Chu of Cushman & Wakefield.

Since December 2010, MGPG has completed 17 apartment acquisitions totaling 4,421 units at a value of more than $500 million. MGPG anticipates closing an additional $200 million in acquisitions within the next 12 months.