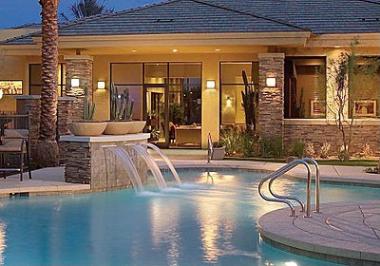 PHOENIX, AZ - Transwestern announced it brokered the sale of The Canyons, a 629-unit community at 19940 North 23rd Avenue in Phoenix. An entity formed by Alliance Residential Co. purchased the property for $50 million, or approximately $80,000 per unit. It was sold by Denver-based Continental Realty Advisors, which purchased the property in 2010 for $45.5 million and infused $1.3 million of capital into The Canyons, while boosting its occupancy rate from 63 percent in 2010 to a remarkable 94 percent at the time of the transaction's closing.

"Continental purchased The Canyons at a very difficult time in the Phoenix multifamily market," said Transwestern Vice President Jack Hannum , who along with Vice President Bret Zinn and Financial Analyst John Drowns negotiated the transaction. "They made a great number of improvements in the community and management, and it showed in the occupancy increase."

"The life and health of the Phoenix multifamily business has definitely changed as we come out of the Great Recession," said Zinn. "At the time we closed The Canyons deal, two other apartment projects in the Valley sold for a total of approximately $40 million, and we believe that more is in the works."

Reports indicate that while Alliance Residential has previously developed and sold multifamily complexes in the area, this was its first purchase of an existing project in nearly six years. Reports also indicate that Alliance is currently developing 793 units among three communities in the Phoenix area and is seeking land on which to build additional multifamily properties.

"This sale marks a truly positive transition in the fortunes of The Canyons," said Drowns. "It had been purchased in 2006 for more than $80 million, transferred back to the lending agency where Continental purchased it and ultimately brought it back to health. The latest sale is good news for the asset, but also a recurring example of strong performance and solid opportunities in multifamily investment throughout the Valley."