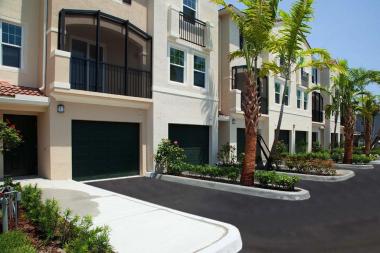 UPPER MARLBORO, MD - The American National Standards Institute (ANSI) has approved the ICC 700-2012 National Green Building Standard (NGBS). This was the first Consensus Committee review and update of the NGBS since it was first published in 2009. The NAHB Research Center served again as Secretariat for the standard development process that began in November 2010.

Shepherding a standard like this through the consensus process involves time, specific expertise, and thoroughness. The Research Center was responsible for ensuring that voting members of the Consensus Committee represented a balance of stakeholders; that no one member or industry segment could exert undue influence over the process; that public input was sought and addressed; and that there was a thorough opportunity for appeal.

“While the ANSI process is sometimes tedious, our culture as an independent third party makes us ideally suited to the Secretariat role,” according to Michael Luzier, NAHB Research Center President and CEO. “It is its exacting elements that create the opportunity for the best, most informed decisions to be reached. Our obligation to the decision-making process was not only to yield consensus, but to have it culminate in the most thoughtful and comprehensive green building standard possible – ANSI’s approval of the 2012 NGBS validates that objective was met.”

There were 41 members of the 2012 NGBS Consensus Committee, which was chaired by Don Pratt of Auburn Hills, Mich., and vice chaired by Ray Tonjes of Austin, Texas. The committee represented those that were directly affected by the NGBS provisions. Additionally, seven Task Groups were formed to reflect the specific areas of technical expertise within the NGBS. In total, close to 100 industry leaders and experts helped to shape the final version that was presented to ANSI.

The Consensus Committee held three multi-day meetings during 2011 and 2012 to discuss and take formal actions on proposed changes and public comments. All meetings were open to the public and provided an opportunity to testify before the committee. All committee actions were also formally balloted. Overall, the committee reviewed and acted upon over 800 proposed changes and public comments, ranging from individual provision revisions to the addition of entire chapters.

The 2012 NGBS builds upon cumulative stakeholder experiences with the 2008 version, including perspectives on design, construction, certification, and operation of new and existing green single- and multifamily buildings and green residential land developments. In addition, the update aligns the NGBS with U.S. building codes that have been adopted since the initial version was approved.

Reorganization and consolidation of durability provisions into the Resource Efficiency Chapter

In addition to being Secretariat, the NAHB Research Center is also the adopting entity for offering national home and land certification to the NGBS. To date, the Research Center has certified over 15,000 green homes and apartments to the NGBS, and there are close to 20,000 more registered in the pipeline. The Research Center currently requires a free registration process, which must be completed by an accredited green verifier and will allow builders to select from either the 2008 or 2012 version of the NGBS for the next three months.