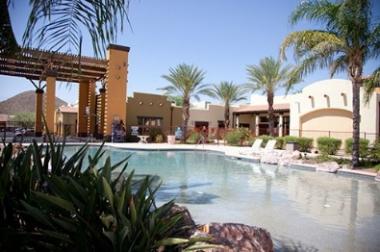 MEMPHIS, TN -  EdR, one of the nation’s largest developers, owners and managers of collegiate housing, announced several recent closings and transactions in November and December 2012.

The company purchased The Province, a purpose-built collegiate community adjacent to Kent State University, for $45 million in cash.

EdR closed on the sale of The Reserve at Star Pass — a 1,020-bed collegiate housing community 4.5 miles from the University of Arizona —for $25.5 million. These proceeds were utilized to reduce borrowings under the Company’s unsecured line of credit.

“We continue to improve our portfolio by adding high-quality, accretive assets in strong, growing markets while also selectively recycling capital out of assets that no longer meet our return criteria,” said Randy Churchey, EdR’s president and chief executive officer. “With a robust pipeline, low leverage and the consistent execution of our positioning strategy, we continue to grow value for our company and our shareholders.”

Texas Tech University — The Centre at Overton Park and The Suites at Overton Park include 866 beds within 576 units in a variety of unfurnished one-, two-, three- and four-bedroom styles each with private bedrooms and baths. Constructed in 2005 and 2009, respectively, amenities include a controlled-access parking structure with 1,227 spaces, fitness center, study rooms and a computer lab.

The properties currently are leased to both students and non-students, with an expected economic occupancy of 88% over the next twelve months and an average monthly rental rate of $1,103 per unit. EdR will transition the property to primarily student residents over the next few years. Based on this and other information, EdR’s purchase price represents an approximate 5.5% economic cap rate in Year 1 and 6.3% in Year 2.

Since 2006 Texas Tech has steadily increased enrollment and set a record in Fall 2012 with more than 32,000 undergraduate and graduate students. With a 26% growth through the past decade, the university predicts it will reach an enrollment of 40,000 by 2020.

Kent State University — The Province opened in Fall 2012. This 596-bed collegiate community is adjacent to campus and contains a variety of one-, two-, three- and four-bedroom apartments — each with private bedrooms and baths. The Province has many amenities, including Wi-Fi, study rooms and a computer lab.

The average monthly rental rate is $625 per bed, and the community is currently 98% leased. Based on this leasing and other information, the purchase price represents an approximate 6.2 % economic cap rate on expected next 12 months’ net operating income.

In 2012 the university —the second largest in Ohio — increased its enrollment approximately 3% to 27,700 full-time students according to the university’s website. Kent State University has also experienced improved retention (up 2% to 77%) and better student quality with the freshman class having the highest academic profile in the school’s history.

EdR (NYSE:EDR) is one of America's largest owners, developers and managers of collegiate housing. A self-administered and self-managed real estate investment trust, EdR owns or manages — with these transactions — 67 communities in 24 states with more than 37,000 beds within more than 12,000 units.