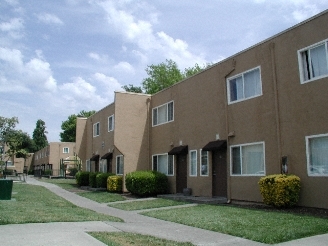 BEVERLY HILLS, CA - International real estate investment and services firm Kennedy Wilson announced that it added a supplemental loan to the existing financing on Summer House Apartments, a 615-unit multifamily community that it acquired with one of its investment partners in 2010. On December 31, 2012, the company and its partner closed a $19.4 million Freddie Mac loan arranged by Berkeley Point Capital. Including this transaction, the financing on Summer House now totals $90.2 million at a fixed rate of 4.44% and maturity on November 1, 2020. Kennedy Wilson’s initial investment in the property was $2.8 million.

Through this financing and previous property cash flow, the company has received a total of $3.8 million of distributions. Kennedy Wilson invested 15% of the equity in this property and, based on the distributions to date, is receiving 30% of current distributions due to its promoted interest in the property.

“This transaction exemplifies the company’s ability to produce profits in a variety of ways,” said William McMorrow, chairman and CEO of Kennedy Wilson. “We were able to take advantage of current financing opportunities and return the company’s original equity while maintaining ownership in a property located in a growing market. Additionally, we were able to sell a property in the same area that we believe has reached its stabilized value.”

On December 28, 2012, Kennedy Wilson, through its KW Property Fund III, completed the sale of Rutherford Townhomes, a 66-unit apartment property in Napa, California, for $8.7 million. The company’s KW Property Fund III originally purchased the asset for $6.6 million in 2009, producing a 1.7x gross equity multiple after the sale. Kennedy Wilson owns approximately 12% of the fund before its promoted interest.

Kennedy Wilson has an ownership interest in 14,764 multifamily units in the U.S., Japan and Ireland, including 5,311 units in the greater San Francisco Bay Area.