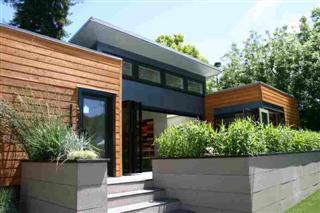 SEATTLE, WA - A nationwide panel of more than 100 professional forecasters expects home prices to rise 3.1 percent in 2013 after finishing 2012 up more than 4.6 percent, reflecting growing optimism in the housing market, according to the December 2012 Zillow® Home Price Expectations Survey.

The survey of 105 economists, real estate experts and investment and market strategists was sponsored by leading real estate information marketplace Zillow, Inc. and conducted by Pulsenomics LLC. It is based on the projected path of the S&P/Case-Shiller® U.S. National Home Price Index during the coming five years.

"An organic recovery in the housing market really took hold in the latter half of 2012, and this improvement is echoed in some of the most optimistic price projections we've seen in years from this group," said Zillow Chief Economist Dr. Stan Humphries . "Record levels of affordability and an improving overall economic picture have really helped buoy the market and have us well positioned for continued growth, albeit slightly slower, in 2013 and beyond."

Changes to the mortgage interest deduction (MID) may be a key element of a fiscal cliff "grand bargain," so the panel was asked to gauge how certain proposed MID changes would impact home prices in both the near and long term.

There was only one instance in which a majority of respondents indicated prices would not be negatively affected – 55 percent of respondents said the first scenario outlined above would have little to no near-term impact on overall home prices.  Eliminating the MID entirely over a period of several years was expected to have the biggest negative impact on high-end home prices over the long-term, with 70 percent of respondents saying they expected such prices to fall moderately or significantly under such a scenario.

"If adopted, any measure to limit or repeal the MID will result in distinct price impacts over time and by market segment, and our survey data are consistent with this view," said Pulsenomics Founder Terry Loebs . "For example, in the event that the maximum MID-eligible mortgage amount is reduced from $1 million to $500,000 and the deduction allowance for second homes is eliminated – an ingredient of the Simpson-Bowles proposal – the majority of respondents expect high-end home prices to fall while U.S. home prices overall experience little or no price impact."