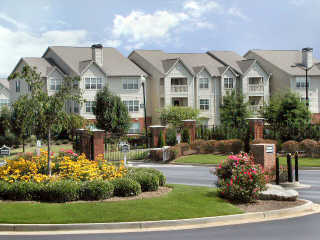 BEVERLY HILLS, CA - Aragon Holdings announced that it has expanded into two new markets with the acquisition of three properties in Atlanta and Denver, deploying approximately half of the $52 million it raised in its recently-closed private equity fund, Aragon Multi-Family Cash Flow Fund II. The balance of the $100 million acquisition was provided by Freddie Mac.

In the Atlanta market, the company purchased Holland Park, a 496-unit property in Lawrenceville, and Azalea Springs, a 232-unit property in Marietta. The Denver purchase was Hampden Heights, a 376-unit property located just north of the Denver Tech Center. All three properties are located in areas with strong employment.

These acquisitions increase Aragon's multi-family portfolio to over 5,000 apartment units, all acquired in the past four years. During 2012, the company purchased over $200 million of multi-family assets in six states.

Larry Clark, president of Aragon Holdings, noted that Atlanta and Denver are new markets for the company, but they fit well with Aragon's model of acquiring properties in areas with strong job markets and robust demand for multi-family housing.

In Denver, Hampden Heights Apartments is located in the southeast submarket, less than 10 miles from the city's center. The local area's average income is 20% above that of metropolitan Denver, and its population is forecasted to grow by over 10% in the next five years.

In Atlanta, the Holland Park and Azalea Springs apartments are both close to major employment centers. The metropolitan area's employment levels have returned to 95% of pre-recession levels. The job base expanded by 2.6% last year, and is forecasted to outperform most other cities in the coming years.

Mr. Clark said Aragon Holdings is actively seeking to purchase additional multi-family properties across the nation in cities that have positive job and population growth. "We continue to identify attractive acquisition opportunities that will enable us to commit the remaining portion of Fund II, and we have already been approached by investors and institutions asking us to form a Fund III."