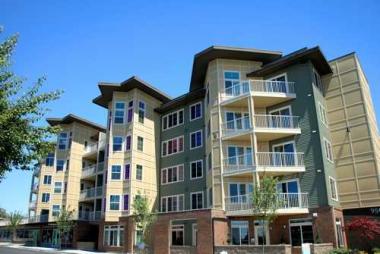 BEVERLY HILLS, CA - International real estate investment and services firm Kennedy Wilson announced the acquisition of Harrington Square, a 217-unit multifamily community in Renton, Washington. The company purchased the property for $41 million, investing $15 million of equity in the transaction with Fannie Mae providing $26 million of financing at 3.35%, fixed for ten years. Kennedy Wilson previously owned the loan on the property, purchasing it at a discount in September of this year.

“This transaction exemplifies Kennedy Wilson’s ability to source off market deals and utilize the various areas of expertise within the company,” stated Matt Windisch, executive vice president of Kennedy Wilson. “We were able to purchase the debt on the property at a discount, work out a deal directly with the borrower to purchase the property and secure financing in less than 90 days.”

With the addition of Harrington Square, the company now owns nine apartment communities in the Pacific Northwest market, for a total of more than 3,000 units. Built in 2011, the property is a core asset in north Renton, appealing to professionals in Bellevue, Kent Valley and downtown Seattle. It offers convenient access to the I-90 corridor, which is home to companies such as Microsoft, Costco World Headquarters, Siemens and Farmers Regional Headquarters.

“Harrington Square fits our multifamily value-added acquisition program of targeting projects in job centric, commuter friendly locations such as downtown Renton, where the Boeing Company is producing its newest plane, the Dreamliner, and jobs are plentiful,” said Bob Hart, president of KW Multifamily Management Group. “This asset will be well positioned to take advantage of rental income growth opportunities in the Seattle metro area, following its stabilization and recent lease-up.”

Kennedy Wilson, together with its institutional partners, has acquired approximately $7.0 billion of real estate and real estate related debt since the beginning of 2010. The company’s multifamily portfolio in the U.S., Ireland and Japan totals 14,830 units.