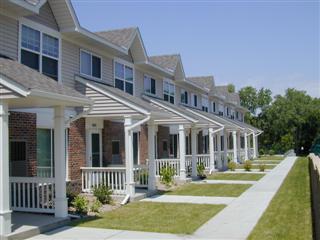 PITTSBURGH, PA - The Board of Directors of the Federal Home Loan Bank of Pittsburgh (FHLBank) has approved $4.84 million in grants under its Affordable Housing Program (AHP). The grants will help finance 23 housing projects – six in Delaware, 11 in Pennsylvania, three in West Virginia and three outside of the Bank’s district – creating 571 units of housing for very-low, low- and moderate-income individuals and families, as well as those with special needs.

The 15 rental and eight homeownership projects approved for funding will serve a wide variety of recipients, including the chronically homeless, seniors, and individuals recovering from substance abuse. Eight of the funded projects are located in rural communities; four are located within the Bank-supported Blueprint Communities of Berwick, Pa. and Georgetown and Simonds Gardens, Del.

“As a result of more robust earnings in recent quarters, one very positive development has been the amount of income that we have been able to set aside for AHP,” said Winthrop Watson, FHLBank Pittsburgh’s President and Chief Executive Officer. “Today’s Board approval brings the total amount funded or committed to AHP projects since 1990 to approximately $171 million – a significant achievement and especially pleasing given the nearly 62 percent increase in AHP funding over the past year alone.”