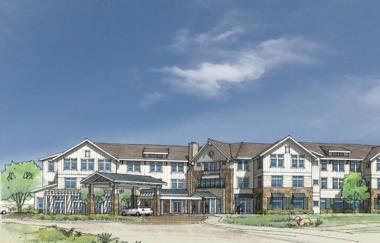 "Bozzuto Construction has been creating extraordinary multifamily communities and mixed-use projects for nearly 25 years, and we are thrilled to announce our next four projects, which will demonstrate the workmanship, quality and value that we have become known for," said Mike Schlegel, president, Bozzuto Construction Company.

The Petworth Safeway & Residences development will include an urban concept Safeway retail store, two levels of below-grade parking and five levels of apartments. Located in the Petworth neighborhood of Washington, DC, the $40M, 218-unit community is being developed by Duball, LLC and is designed by architect Torti Gallas and Partners. The development is expected to achieve LEED Silver certification. Construction began in November and is anticipated to be completed in Summer 2014.

MetroTowns at Parkside, also known as The Linda Joy and Kenneth Pollin Community, is a $19M construction contract for Enterprise Homes. Designed by architect Torti Gallas and Partners, the green community will be at Anacostia Ave. and Hayes St. in NE Washington, DC, and will include 125 affordable townhomes for rent and sale, with several park areas for residents. Construction began in September 2012 and has an expected completion date of early 2015.

Kingsview Village Apartments is a $20M construction project developed by Pleasants Development, Inc. and designed by Heffner Architects. The 195-unit, garden-style community is located on Leaman Farm Road in Germantown, MD, and will be comprised of three apartment buildings, four garages and a separate clubhouse with pool. Construction is scheduled to begin in January 2013 and anticipated to be completed by Spring 2014.

Established in 1988, Bozzuto Construction Company has annual revenues of more than $250 million, and has been responsible for the construction and renovation of more than twenty million square feet of mixed-use and multifamily residential projects with a value in excess of $2.2 billion.