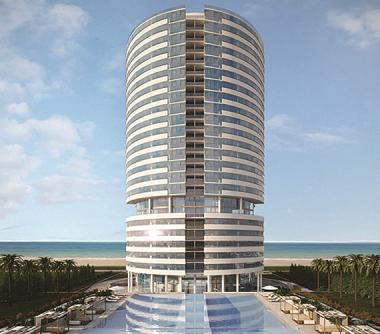 Situated in a prime location on Playa Brava, the 538,195 sq. ft. Trump Tower Punta del Este, a contemporary glass tower to be comprised of two intersecting cylindrical structures, marks The Trump Brand's expansion into the South American continent and is primed to set a new standard of excellence for premier luxury residential developments in the region.

"When I first visited Punta del Este, I was overwhelmed by its beauty, cultural sophistication and exclusivity," said Eric Trump. "We are incredibly excited to see Trump Tower Punta del Este become the finest luxury building in all of South America."