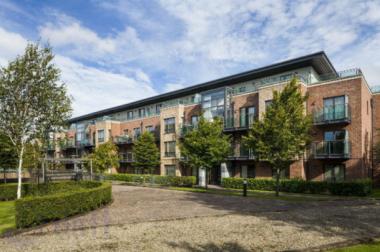 BEVERLY HILLS, CA - International real estate investment and services firm Kennedy Wilson announced that the company and one of its investment partners acquired Sandford Lodge, a 119-unit luxury residential apartment community in Dublin, Ireland. The purchase price was €27 million, and Kennedy Wilson invested 50% of the equity in the all cash transaction. Savills advised the seller in the deal. This acquisition represents the second class A apartment complex acquired by Kennedy Wilson in Dublin this year.

“We are focused on building out Kennedy Wilson’s multifamily platform in Ireland,” said Mary Ricks, president and CEO of Kennedy Wilson Europe. “We are very pleased with this acquisition. The property is running at full occupancy, and we believe this strong performance will continue as its location is in one of the most sought after residential submarkets in Dublin City.”

Situated on a 3.83 acre site of privately landscaped grounds, the community is located in Ranelagh, Dublin 6 and enjoys convenient access to extensive amenities, top schools and good public transportation. The company plans to upgrade the property with various physical improvements and additional resident amenities.

Kennedy Wilson, together with its institutional partners, has acquired approximately $6.8 billion of real estate and real estate related debt since the beginning of 2010. The company’s multifamily portfolio in the U.S., Ireland and Japan totals 14,247 units.