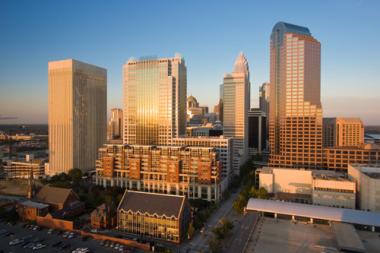 SAN FRANCISCO, CA - The new Small Balance Multifamily Group at Genesis Capital is now active in the Charlotte market. The Charlotte apartment market is catching the attention of investors, with vacancies continuing to decline and rents continuing to rise. According to Real Data, average vacancies are down to 5.8 percent – from a high of nearly 14 percent in February 2010. Demand is strong, say the analysts, with 2,490 units absorbed between Feb.12 and Aug. 12 of 2012.

Across many parts of the nation, and certainly in Charlotte, supply has been restricted but demand for apartments has grown, which has increased rents as well as occupancy. The latest Marcus & Millichap report states that the growing population and uncertainty in the housing market will sustain demand for apartments in Charlotte, which is one of the fastest-growing metros in the nation. Charlotte has gained an average of 90 new residents a day in the last year, says the firm. In addition, many of the new residents are between 20 and 35 years old. These young professionals tend to rent rather than buy a home.

To add to the good news for the general market, the Charlotte Observer reports that the commercial real estate market is being boosted by larger companies snapping up half a dozen trophy office towers this year.

These are all great factors for buyers and sellers of apartment properties. While Genesis Capital deals with large properties and institutional buyers, its new division the Small Balance Multifamily Group assists buyers and sellers of apartments in the hot $1M to $5M +/- range. The properties may or may not be distressed, but they are always off market. The company works principal to principal, and there are no fees to the seller – the buyer pays a low acquisition fee for access to the off market property.

Among assets the Multifamily Group are currently offering in the Charlotte area are a 102 unit property and a recently renovated 43 unit property.