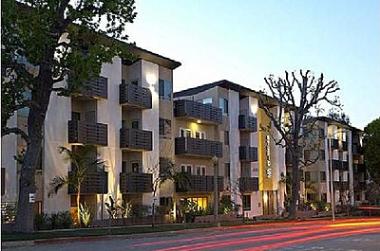 LOS ANGELES, CA - Archstone, a leader in apartment investment and operations, today announced the acquisition by an Archstone sponsored partnership of Studio 40-41, a 149-unit apartment community in Studio City.

Located on Radford Avenue across the street from the CBS Studio Center and within blocks of Ventura Boulevard, Studio 40-41 offers easy access to thousands of professional jobs, as well as a number of popular shopping, dining and entertainment opportunities. The community was acquired for a purchase price of $56.3 million and will be renamed Archstone Studio 4121.

“Archstone Studio 4121 is an excellent complement to the more than 50 apartment communities, representing approximately 18,000 units, that we currently own and operate in Southern California, because of its fantastic location in the heart of the entertainment industry,” said Charles E. Mueller Jr., Archstone’s president and chief operating officer. “Residents living at the community are within a short walking distance of almost everything they want and need. And those looking to work in the entertainment industry are learning that Archstone is the place to live, whether it’s at Archstone Studio 4121 or the nearby Archstone Studio City.”

In addition to its proximity to the CBS Studio Center, Archstone Studio 4121 is within three-miles of Universal City, Warner Brothers and Walt Disney studios. Combined, the studios employ more than 30,000 people. Other employers are easily accessible from the community via Ventura Boulevard, which connects to the 101 and nearly all of Los Angeles’ major job centers.

Ventura Boulevard, which is less than two blocks from Archstone Studio 4121, is home to hundreds of restaurants, boutiques and other retailers. Among the popular establishments near Archstone Studio 4121 are Umami Burger, Crust Gourmet Pizza Bar, Banana Republic, Urban Outfitters, Gap and more. Even closer to the community are several local favorites, including Laurel Tavern, A Ca Shi Sushi Bar and Take a Bao.

At Archstone Studio 4121, residents have access to quality-of-life-enhancing amenities, such as a recreation room with Wi-Fi and billiards, multiple courtyards with water features, and a fitness center. Inside the Studio City apartments are 9-foot ceilings, glass top ranges, upgraded lighting, built-in desks, private roof-top sun decks for select apartments, and in-unit washers and dryers.