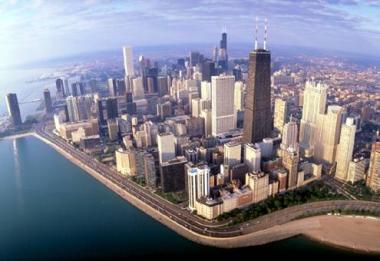 CHICAGO, IL - TLC Management Co. is more than just your average, every day property management company. Not only do they own and operate thirty-four Chicago lakefront apartment buildings, they do so with excellence. This year, as in multiple years before, the Chicago Apartment Association (CAA) has recognized this excellence by awarding TLC Management with five Chicagoland Apartment Marketing and Management Excellence (CAMME) awards in 2012.

The CAMME awards are held annually, as a way to celebrate multi-family housing companies and professionals that have demonstrated excellence in the previous year. This year, they took place on October 26th at the Chicago Marriot Downtown on the Magnificent Mile. The CAMME’s recognize almost every aspect of Chicago apartment management and ownership. Particular individuals, buildings, floor plans, and even marketing materials are all acknowledged, to reference just a few. Of TLC’s five CAMME wins, four honored individual employee excellence and the last was awarded to the Plaisance Apartments for “Property Excellence in a Mid-Rise/High-Rise Built before 1957. The Plaisance is one of TLC’s many rental properties in Hyde Park, Chicago.

Coming away with five wins in 2012, TLC picked up two more awards than they did in 2011. TLC is not the kind of company that just sits back and rests on its laurels. “We take pride in our work and appreciate the recognition we have received from the Chicagoland Apartment Association.” said Stuart Handler, CEO of TLC Management Co. “We are always striving for new ways to improve the performance of our company and the experience of our residents.” It is this approach that confirms TLC’s position as a leader in the apartment management industry year after year.