Construction Begins on Affordable Apartments to Serve Adults with Disabilities in Houston, Texas 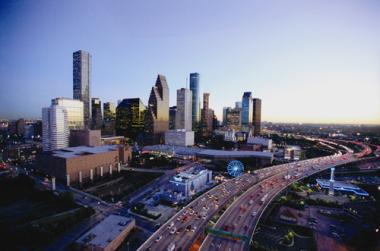 HOUSTON, TX - Construction has officially begun on a 15-unit apartment complex that will serve very low-income adults with developmental disabilities in an independent environment.

Representatives from the Mental Health & Mental Retardation Authority of Harris County (MHMRA), the Village Learning & Achievement Center, the City of Houston, Amegy Bank of Texas (Amegy Bank), and the Federal Home Loan Bank of Dallas (FHLB Dallas) participated in a groundbreaking ceremony on Tuesday for the Village at Hickory Glen Apartment Homes.

The apartment homes, located in Kingwood, a former unincorporated area of Houston, Texas, consist of three buildings and a community center. The project has been in the making since 2008 when the Village Learning & Achievement Center partnered with MHMRA to provide housing to individuals with disabilities in their community.

The project received a $98,000 Affordable Housing Program (AHP) grant in 2011 from Amegy Bank and FHLB Dallas to help with construction costs. The project also received a Section 811 grant from the U.S. Department of Housing and Urban Development (HUD) and a HOME fund grant from the City of Houston.

"The funding that Amegy Bank and FHLB Dallas provided is one of the main reasons why we can do this project," said Kimberly Brusatori, founder and CEO of the Village Learning & Achievement Center. "HUD 811 grants don't provide all of the funding required for projects. Additional community partners are required to provide the gap financing necessary to build affordable housing projects. Working with FHLB Dallas and Amegy Bank to receive the AHP grant has been a wonderful process. I think it takes all of us working together to make projects like this happen."

Ms. Brusatori learned of the AHP funds through another HUD Section 811 project that was funded using an AHP grant. She met Brian Stoker, senior vice president and community banking manager at Amegy Bank, at an event she attended and learned more about the program.

"I met Brian (Stoker) and found out what the grant process entailed, and about applying for funding through the Federal Home Loan Bank of Dallas," Ms. Brusatori said. "We now have a relationship with Amegy Bank. They helped fund the project initially, which was great because it helped us do some of the architectural and engineering work ahead of schedule."

Each year, FHLB Dallas returns 10 percent of its profits in the form of AHP grants, which are available through FHLB Dallas member institutions such as Amegy. AHP grants provide financing for the purchase, construction, or rehabilitation of single-family, rental, transitional, and multifamily housing projects for very low- to moderate-income individuals and families. In 2012, FHLB Dallas awarded $7.6 million to support 27 affordable housing projects throughout its five-state District of Arkansas, Louisiana, Mississippi, New Mexico, and Texas, including more than $2.2 million to support 349 housing units in Texas. A total of $745,000 was awarded through Amegy to support two projects that will create or rehabilitate 163 housing units in the state.

"The Village Learning & Achievement Center does incredible work to help individuals with disabilities and their families. The Village at Hickory Glen Apartments will help address one of the most critical housing needs in our community, and we are excited to see the construction phase of this project begin," said Mr. Stoker. "Amegy Bank has had a longstanding partnership with the Federal Home Loan Bank of Dallas, and we appreciate the opportunity to help serve the communities where we do business through the Affordable Housing Program."

"Village at Hickory Glen Apartment Homes will serve a vital role in the community," Councilman Sullivan said. "Deciding to support this project was one of the easiest decisions I have had the honor of making. I look forward to their future success."

Ms. Brusatori expects the project to be completed within the year.

"We're looking forward to completing the project," she said. "It's going to help a lot of families and individuals obtain housing that they can afford."