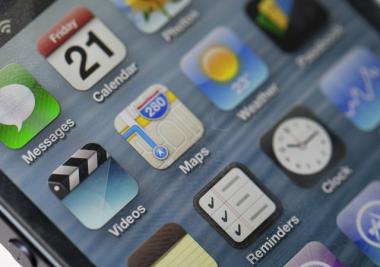 “As residents tour our properties, they’re looking to see if their phones will work,” Smith says.

“The typical apartment owner needs to figure out how to solve the cellular wireless problem,” says Richard J. Sherwin, CEO with New Haven, Conn.-based Spot On Networks, a company that provides WiFi services to multifamily buildings.

There are ways to beef up cell service in today’s new apartments. One is what Smith calls the “retail option” where consumers can go to their cell phone provider, like Sprint or Verizon, and buy a device that connects to their broadband to give them cell coverage in their specific space. For apartment owners, it’s the best solution because the customer pays for the system out of pocket. “For 400 units, it’s very hard to justify purchasing them [for each resident],” Smith says, since this is not really a practical bulk purchase solution.

In certain situations, Forest City will utilize a “hybrid solution,” where it purchases a system to help the resident increase cell service. This happened when a resident in Chicago was leasing two apartments (one was for business). “He was complaining of cell coverage,” Smith says. “We bought him two amplifiers that only amplified the signal within his space.”

Finally, there’s the complete full-building solution, called Distributed Antenna Systems (DAS). The system provides service to the entire building. The problem? It’s pricey; it costs apartment owners between half-a-million dollars to three-quarters of a million dollars, according to Smith.

If an apartment developer pre wires for DAS during construction, they can save 50 or 60 percent compared to putting them in after construction? But it’s often hard to tell whether DAS is necessary until the building is constructed.

“We have projects in Washington D.C. and we go out beforehand and have great cell coverage,” Smith says. “Then you put the building up and it’s sustainable and LEED-certified and it kills the reception. Once the building goes up, it’s too late to pre wire.”

That leaves Smith wondering how apartment owners quantify what lack of cell service means to the customer.

“Will someone really leave that high-end property because they can’t get cell phone or will they use a VoIP [Voice Over Internet Protocol] solution or something like that?” he asks. “We don’t think anyone will leave because of that. They might not sign a lease because of it, but they won’t leave us.”

But Forest City is studying the issue to try and quantify how much cell phone service means to customers. If bad service is causing move-outs, or forcing it to lower rents to new customers, building-wide solutions may make more sense. “If I can prove that we had 20 people leave last year an apartment that cost $1,600 a month, that’s a lot of income we just turned away,” Smith says.

Telecommunications will be one of many topics of discussion at the 2012 NMHC Apartment Operations & Technology (OpTech) Conference in Dallas, TX November 12-14.  To join the conversation, visit the OpTech Conference website for full registration and agenda information.