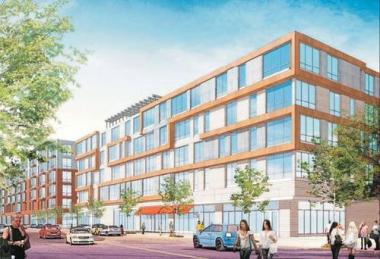 DENVER, CO - Urban "micro" apartments with only 300 square feet of living space. Suburban McMansions rented by several unrelated adults. Mall retail space serving primarily as a place to view products for online purchase and delivery. These are but a few indicators of coming shifts in real estate development that reflect major demographic, economic and societal changes around the globe, according to a new publication from the Urban Land Institute.

What's Next? Getting Ahead of Change explores new approaches in building practices and industry trends that are emerging in the post-recession economy, and which could dramatically change the built environment for the 21st century. The publication, prepared as part of ULI's year-long recognition of its 75th anniversary, is being released this week during the Institute's annual Fall Meeting and Expo in Denver. It is the follow-up to a report distributed at ULI's 2011 Fall Meeting, which raised the prospects for significant change within the real estate industry.

"Today's operating environment for investment and development has perhaps never been more complex, but it presents as many opportunities as obstacles," said ULI Chairman Peter S. Rummell. "Being successful in this environment means more than thinking differently about what's built going forward. The real opportunities for success and leadership lie in how well we adapt what we've already built to fit the new dynamics of a world upended by demographic and economic shifts, environmental concerns, and continuous, immediate advances in technology."

Among the significant trends identified in What's Next

Technology as both boon and bane -- technology advances will continue to boost productivity, but reduce the need for both workers and shelf space, cutting office and retail demand.

Stressed living standards -- as more jobs migrate to lower-cost labor markets, unemployment will wage stagnation will remain problematic in the US and Europe

Diminished senior savings – as pensions and government entitlements dwindle, seniors' cratered savings will create lasting financial hardship for many aging baby boomers, with only a small group of affluent retirees able to coast on their savings and investments.

Rich versus poor – the wealth gap will widen, further separating a minority of highly affluent people from the majority who face declining resources, dimming job prospects and tight credit.

What's Next anticipates an era of less, one that is characterized by segmentation and specialization rather than "one size fits all." The market will subdivide, the report says, into niches to fit the numerous preferences and specific needs of several demographic groups, ranging from Gen Yers entering the housing and job market to senior citizens of vastly different financial means and physical capabilities. What is likely to be part of the lifestyles of all these age groups: more clustered development integrating a variety of land uses. The preferred place to live for most: urban areas that attract clusters of brainpower, offering better job prospects for the young and better healthcare facilities for the old.

Smaller, more flexible space - for housing, offices and shopping - will redefine urban design and development in the years ahead, the report says.

In terms of housing, both young and older adults who spend the bulk of their time socializing outside of home offer a lucrative market for small residences. Rising in popularity: micro-residences offering innovative multipurpose features to maximize living and storage space. At the other end of the spectrum, large suburban homes may still appeal to younger families with school age children, multigenerational households, and unrelated adults who prefer suburban lifestyles.

In term of offices, bigger floor plates may be needed to accommodate a larger number of smaller individual work spaces, as businesses seek to fit in more cubicles, small meeting spaces and privacy nooks that will be shared "hoteling style" by multiple workers.

In terms of retail space, retailers are likely to cut space and operating costs by trading large stores packed with merchandise for smaller displays oriented to online purchasers. Shopper-friendly apps for locating stores and sales will become a common feature.

"In these ambiguous times, it's clear that the real estate leaders will be those who adapt, adjust and become more nimble in meeting changing market preferences and needs," said ULI Chief Executive Officer Patrick L. Phillips. "Whether owning, investing, planning or developing, the demands of the new world order require novel thinking and innovation, and entirely different business strategies."

What's Next also explores the increasing emphasis on accessibility as a vital component of thriving cities, citing numerous successful case studies from around the world. Places that are investing in accessibility, both in terms of international airports and inter-linked transportation hubs, will be "magnets for face-to-face deal making, money sourcing, decision-making and career building," it says. At the granular level, living near mass transit will command a growing premium, giving centrally located suburbs on transit lines a significant edge over less convenient exurban neighborhoods. "When Gen Yers leave the cities to raise families, these more convenient suburbs will top their house hunting lists," the report says.

Opportunities for developers, says What's Next, will lie primarily in under-served emerging markets, whether they are compromised neighborhoods ripe for gentrification in the U.S. or rapidly urbanizing cities in Asia and Latin America. "Intelligently remaking districts and communities into prosperous centers for the next generation should be the focus of the entire industry, led by local developers, lenders and investors," says What's Next. "Working in concert with planners and policy leaders, the real estate community has the chance to become problem solvers, making places with enduring value."

The What's Next report is now available for download.