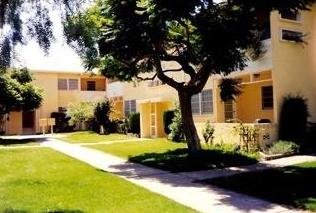 Lincoln Place is a 35-acre property located approximately 1.5 miles from the Pacific Ocean in Venice, California, one of southern California’s premier residential submarkets.

Lincoln Place is surrounded by numerous cultural, retail and entertainment amenities, including the world famous Venice Beach and Boardwalk, a short 10-minute bike ride from the community, and the Santa Monica Pier, less than three miles away. Los Angeles International Airport is approximately five miles to the south of Lincoln Place and residents of the community have direct access to several major freeways, arterials, as well as to public transportation, including, in two years, access to the Los Angeles light rail system. High tech companies have been attracted by these qualities, giving rise to the area sometimes being called “Silicon Beach.” For example, Google’s southern California headquarters are located 1.3 miles west of Lincoln Place.

Terry Considine, Chairman and Chief Executive Officer, comments: “It is very gratifying that the Lincoln Place redevelopment is now underway. It has taken many years to arrive here. More, it has taken the hard work of many, including officials of the City of Los Angeles, the HUD Los Angeles field office, and my Aimco teammates. I am delighted by our prospects.”

Demand for apartments in Venice is strong with approximately 30% of the submarket population in the prime renter age cohort of 24 to 40 years old and with renters accounting for 57% of all households. As of second quarter 2012, the submarket median income was $76,000 while the submarket median home value was $635,000. The submarket multifamily supply increased at the annual average of 1.74% between 1990 and 2009. Since 2009, only 70 units have been added. REIS, a third-party provider of commercial real estate performance data and analysis, projects that it will take four more years for multifamily completions as a percentage of existing stock to return to historic levels.

Lincoln Place was constructed between 1949 and 1951. Its original development included a design team led by Ralph A. Vaughn, an African-American architect interested in the Garden City Movement, popular in the United States in the 1930s, which sought to combine the amenities of urban life with ready access to nature. As a result, Lincoln Place is listed on the National Register of Historic Places, the California Register of Historic Places, and is a local Historic-Cultural Monument. The redevelopment is designed to revive the charm of the community’s existing buildings and to preserve its expansive open green spaces including almost 400 trees. Newly constructed buildings will maintain the character and appeal of this distinctive property.

The redevelopment is being funded by a $190.7 million FHA-insured loan that closed last Friday. The loan bears interest at 2.73%, and is interest-only until 2014, when it converts to a 40-year fully amortizing loan that is freely pre-payable after 10 years. The loan represents the largest FHA Section 221(d)(4) unsubsidized loan ever insured by the U.S. Department of Housing and Urban Development. The lender and servicer of the loan is Red Mortgage Capital, LLC.

At closing, Aimco prepaid a $63 million loan secured by the property that required interest at 7.5% and that was due in fourth quarter 2013.

Additionally, because of its historic significance, the project has been approved for historic tax credits, which Aimco intends to sell, raising $16 million.